The race is on to find, and bring to production, rare earth mines outside of China, and the competition is being pushed by both governments and companies looking to secure a long-term stable supply of much needed rare earths. 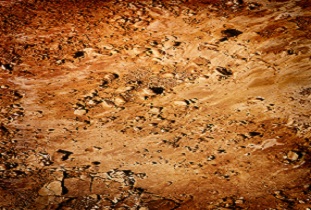 The term “rare earth” is an oxymoron. In terms of their presence in the earth’s crust, rare earths are not actually rare. However, they are very difficult to process– a fact that has resulted in constrained supplies. Rare earths have different sources, including: bastnäsite, monazite, xenotime and ion-adsorption clays.

To date, China controls approximately 97 percent of rare earth supplies and is currently slashing exports in order to satisfy its domestic demand, a fact that has caused the price of rare earths to skyrocket. The supply chain for rare earths is expected to experience further tightening in the coming years due to increased demand from green technologies. Even if the world could rely on China for its rare earths, which it cannot, there is an immediate need for new supplies due to declining production out of China. According to the USGS Chinese production of rare earth oxides peaked in 2006. Despite the obvious need for more rare earth mines around the world there are very few known projects.

Just like any mining endeavor, there are constraints; political, economic, and geological involved in bringing online new rare earth supplies. Right now, there are few political constraints, and mostly political motivation for countries around the world to uncover and bring to market new supplies to reduce their reliance on China.

The third, and perhaps the most significant constraint in the rare earth supply chain is the technological constraints. With today’s technology, rare earth processing is expensive, but the improvement of processing technology could lift this constraint and completely change the supply-side dynamics of the rare earth industry. The research work of Canadian company Exploration Orbite (TSXV:ORT.A) is opening up the possibilities in extracting rare earths from clays and other minerals. Orbite has filed a few patent applications for technology that it claims could be a break-through tool at extracting rare earths from various minerals. The patents cover techniques that will not only enable the extraction of rare earths from clays, but also, other minerals. Orbite is developing this new technology through work on its Grande-Vallée property in Quebec.

Orbite came-upon the technique through its study on a cost-effective means to refine alumina from aluminous clay. While it has long been known that alumina can be refined from aluminous clay, an efficient and cost-effective process has proved elusive. In addition to producing metallurgical grade alumina, the same Orbite process can yield high-purity alumina as well as high-value elements and rare earths.

The race is on to find, and bring to production, rare earth mines outside of China, and the competition is being pushed by both governments and companies looking to secure a long-term stable supply of much needed rare earths. There are two new mines, outside of China, set to come online in the near future.  Molycorp (NYSE:MCP), based in the United States, and Australia’s Lynas Corp. (ASX:LYC).