Scientists have confirmed the discovery of a “huge” new rare earth deposit on the Pacific seabed that can be mined at low cost while producing material that is 20 to 30 times more concentrated than the product currently being mined in China. 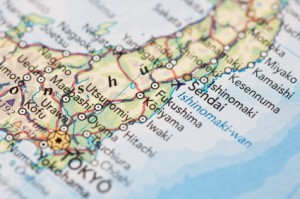 All eyes shifted east this week when Japanese researchers announced the discovery of a large-scale deposit of rare earths in the seabed surrounding Minami-Tori-shima Island in the Pacific Ocean.

Scientists from the Japan Agency for Marine-Earth Science and Technology and the University of Tokyo confirmed the discovery of a “huge new deposit” on the Pacific seabed. They claim that the deposit can be mined at very low cost and will be able to produce materials that are 20 to 30 times more concentrated than those currently being mined in China.

Some analysts believe that if the Asian manufacturing giant is able to implement a cost-effective way of extracting this resource, which is said to be located approximately 5,700 meters below sea level, it will have access to approximately 6.8 million metric tons (MT) of rare earths, equivalent to 230 years of local demand, according to The Australian.

What sets this discovery apart?

Mud sample concentration is what makes this discovery notable. Yasuhiro Kato, a Tokyo University professor and the researcher who led the underwater discovery, admitted that he assumed the finding was a mistake when he first saw the “astronomically high level of rare earth minerals” present, The Guardian reported. The newly discovered metals are in higher than usual concentrations and will be cheap to mine; researchers intend to explore for another two years before scaling up efforts aimed at the extraction of the elements from the seabed, according to a report by The Telegraph.

“When researchers brought back the data to me, I thought they must have made a mistake, the levels were so high. The fact is this discovery could help supply Japan with 60 percent of its annual needs merely with the contents of a single vessel,” said Kato.

While countries such as the US and Australia have been actively ramping up production of rare earth elements (REEs), they have yet to discover viable quantities of heavy rare earth elements (HREEs), such as dysprosium, terbium, europium and ytterbium. The possible exception is Ucore Rare Metals (TSXV:UCU), whose Bokan property in Alaska is enriched with heavy REEs, including dysprosium, terbium and yttrium, according to the company’s 2012 PEA.

The importance of securing such REE supplies was highlighted only last week, when the Department of Defense released its biannual Strategic and Critical Materials 2013 Report on Stockpile Requirements, which calls for the government to stockpile $120.43 million worth of HREEs. On the same note, the US Department of Energy (DOE) announced earlier this year that it would allocate up to $120 million for the creation of a rare earths research facility aimed at decreasing the country’s dependence on REEs from China.

This is not the first instance of Japan expanding its search for viable REE resources into more remote locations. The country has been openly aggressive in its stance towards diversifying supply, and this search gained momentum when it, along with the US and European Union, formed an alliance that moved in on the World Trade Organization to challenge China’s restrictive REE export policies.

The country’s goal of breaking its reliance on China was highlighted when Kato told The Telegraph that China’s restrictive export policies are meant to force manufacturing companies to build inside of the country, allowing the communist state to steal their technologies.

This is also not the first time Japanese researchers have claimed to have discovered an unusual REE deposit. Earlier this year, Japanese mining company Nippon Light Metal Holdings Company (TSE:5703) stated that Jamaica may host a large amount of REEs in its red mud, or bauxite residue.

While this latest discovery is undoubtedly a coup for Japan in its efforts to diversify its rare earth supply, some investors are questioning whether a large-scale mining operation in such a remote location is in fact feasible.

“The discovery of REEs in 2011 in the deep ocean sediments of the Pacific was a significant event and indicated a potential long-term source of REEs. However, the new discovery of REE- and yttrium-rich nodules close to the ocean bottom, and within the exclusive economic zone (EEZ) of Japan, is a dramatic and highly significant new development,” said Peter Kowalczyk, CEO of Ocean Floor Geophysics, in a conversation with Rare Earth Investing News. Ocean Floor Geophysics is a Canada-based private company that provides geophysical services for the exploration of submarine massive sulphides.

“The ore tenor of these nodules is presumably higher than that of the previously discovered REE-rich sediments. The fact that this resource exists as nodules close to the ocean bottom means it is likely to be simple to mine. It will not require burrowing or the removal of significant amounts of overlying sediments,” he said.

He added that another advantage to the find is that any political issues related to the holding of tenements under the authority of the International Seabed Authority will be eliminated as the resource lies within Japan’s established EEZ and not within the disputed area of the Japanese EEZ in the South China Sea.

Investors are also questioning the logistical viability of an underwater project of this scale; however, Kowalczyk noted that the oil industry is already working at depths up to 3,000 meters, with the move to 6,000 meters already well underway in the equipment industries.

“The analogue is manganese nodule mining, which is attracting considerable interest today — in the 1970s, manganese nodules were lifted 5,000 meters using air-lift risers. This may not be the most efficient method, but it is simple and it works. The overall costs are unknown, but the cost of robotic equipment is declining rapidly.”

When questioned as to whether such a high-profile discovery might lead to more interest in underwater exploration companies, such as Nautilus Minerals (TSX:NUS), Kowalczyk, responded, “yes, although there are very few of them and in the present mining investment climate they are having a tough go.”

Over half of the metal in this underwater deposit is on the heavier end of the spectrum, “twice the level of China’s key mines and without the radioactive by-product thorium that makes the metals so hard to mine,”  according to researchers cited by The Telegraph.

Commenting on the environmental implications of mining REEs from the seabed, Kowalczyk noted that there will likely not be any major implications and that if issues arise, they will most likely be associated with the amount of material that needs to be moved to access the ore-bearing horizons, which are subhorizontal and exist over large areas.

Describing the kind of extraction process that would be used to retrieve REEs from the seabed, Kowalczyk stated it will undoubtedly be robotic.

“It is very unlikely it will be an open-cut type of extraction sequence as this would impact considerable amounts of material. Possible candidates are in situ leaching, robotic mining machines that are analogues of tunnel boring machines and perhaps subhorizontal drilling similar to that used in the extractions of tight gas from shale formations on land.”

He continued, “it may be that a process similar to that used for roll-front uranium deposits on land may be adaptable to this environment also. If the new high-grade nodule type deposits are confirmed to be extensive and not buried deeply, this will simplify the mining process.”

US Department of Energy Shifts Focus to Rare Earths

6 responses to “The Pacific Dream: An Underwater Rare Earth Behemoth”