The Critical Metals Investment Symposium in Vancouver, BC featured a wide array of companies and analysts. Two of these speakers, John Kaiser and Jack Lifton, stressed the importance of critical metals in the world economy. 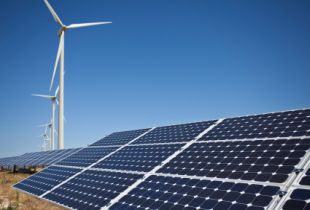 Last weekend Vancouver, BC played host to the Critical Metal Investment Symposium, a conference attended by mining companies, market analysts, and investors. The headline speakers included noted rare earth expert Jack Lifton, and mining analyst John Kaiser, of the Kaiser Bottom-Fishing Report. Both spoke on the nature of Chinese dominance over critical metals, such as rare earths, tungsten, tin and antimony, and uranium, and the importance of these metals for the future economy.  Both also spoke on the ‘old economics’ that allowed China to exert such vast control over many metals markets. That is, the economic philosophy that cheaper material and production costs, no matter the location, is the best strategy to create wealth.

We North Americans have lost our place in the world because of old economics, it’s cheaper to build it in China. It doesn’t matter how many American’s lose their jobs, or how much the consumer base disappears, because this week my company can get a lower price on raw materials, finished products or even labor. “Do not fall for that,” urged Jack Lifton, stressing the importance of a strong and viable North American supply chain.

One of the factors that allowed China to dominate rare earths was rock bottom production costs starting in the 1980s. Mining companies in the western world could not compete with the Chinese and had to shut down operations as the capital flowed to China for their cheap materials. Such was the case with the Mt. Pass mine, now held by Molycorp (NYSE:MCP) , which has reopened the mine as a result of the realization of true costs of production in China. China had been subsidizing the production of their materials not with government funding, but by allowing lax environmental controls. However, China has put an end to this, no longer allowing others to dump their costs on them in the form of environmental degradation.

“The wake up call for the rest of the world has happened. Here are the metals that China readily produced, but has put on its restricted list, planning to build stockpiles, and restricting export quota’s. Tungsten, rare earths, tin, antimony and others, they have all undergone price significant increases in the last month,” stated John Kaiser.

The Chinese realized that the toll mining activity was taking on their environment was too large to overlook;and with the monopolistic force they have over the market, they have the ability to shut down mining, restrict quotas, raise prices and clean up the mess that was left in its wake. These factors are a double edged sword, as many junior mining companies have been helped by the frenzy in the rare metals market and the wave of investment that has flowed towards them. Now, western companies and governments must start thinking of the opportunity costs lost to cheap Chinese materials.

“The question is should you always be looking at the economics of everything, or should you start thinking, about what is the opportunity cost that I suffer because you do not have the materials in place,” said Kaiser.

The most important factor, the opportunity costs, has been overlooked. While the cheap cost of Chinese production has helped the spreadsheets of many companies the world over, all of the savings will now be lost in the expensive start-up of mining operations, processing facilities, and supply chains that are needed for the technologies critical to the future.

The Chinese have realized the need to create an OPEC-style cartel to control the means of production, which is overrun with illegal mining operations. “China is in the process of creating a cartel… They call it now the unified pricing system. The reason they are shutting down illegal mines is so that they can monitor what is produced, they are going to stockpile internally if there is a surplus. They want to see higher process for rare earths, the high prices are now the new reality,” said Kaiser.

Bloomberg recently reported that the Chinese will start stockpiling rare earths. Chinese officials have been pondering the creation of strategic stockpiles for a whole basket of base metals, and when China becomes a net buyer/importer of a commodity the action changes the entire market.

“Never in my lifetime have I seen an opportunity like Canada has right now, the largest demand growth in the world for critical metals is from The Peoples Republic of China, to a lesser extent, Japan, to a lesser extent, South Korea, and maybe the wildcard is India. China used 55 percent of all of the world’s metals last year. If Chinese GDP continues to grow at 10 percent in 6.4 years, China will require 100 percent of the volume of metals produced in 2010,” stated Jack Lifton, commenting on the importance of China not as a supplier of materials but as a buyer.

All of these factors show the upside potential of critical metals markets. But supply and demand fundamentals alone are not the only aspects that play on rare and critical metals. Policy decisions by governments play a huge factor in the future, mainly that of energy policy. The huge demand side increases that are not directly tied to the business cycle will play heavily on the market over the next decade.

Just last night, during the State of Union address, US President Obama called for 80 percent of electricity to come from renewable sources. This power generation will come from wind turbines and solar, putting huge pressure on already strained supply chains. China has also stated their desire to become the world’s supplier of renewable energy solutions. John Kaiser raised an interesting point on the innovation that was a major concept in President Obama’s Apollo Project-esque call for renewable energy: the concept of Jevon’s Paradox.

“High prices stimulate innovation to make better, more efficient use of a product; ironically, Jevons Paradox says, that as you make more efficient use of a critical input the total demand for it goes up. So, for all those worried about new innovations reducing use of rare earth, the 400,000 tonne prediction by 2040, I would say processes like the ones we are seeing now are going to create the demand to take up all the supply,” Mr. Kaiser explained.

These speakers called upon the Canadian audience, the “richest nation in terms of natural resources,” said Mr. Lifton, to capitalize on these opportunities. The importance of rare earths and critical metals will increase in the future, and be aided by the restrictions put into place by China. Other base metals such as molybdenum and manganese will be in increased demand for alloys used in nuclear and natural gas energy generation. The future of commodities markets will be turbulent and subject to volatility, but these speakers see increasingly strong demand for critical and strategic metals.

*Assistant Editor Vivien Diniz contributed to the research for this article.