As Chinese rare earths output declines, the start-up of new production elsewhere in the world is at last diversifying the global supply base. 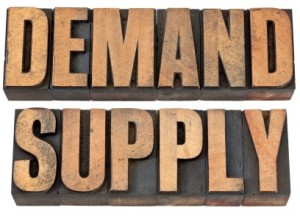 As Chinese rare earths output declines, the start-up of new production elsewhere in the world is at last diversifying the global supply base. However, the odd glitch in commissioning and some start-up problems have not seen the new producers reach their full potential yet and political machinations and financing woes continue to beset a number of operations.

The big issues confronting the international rare earths industry will be debated at Metal Events Ltd’s forthcoming 9th International Rare Earths Conference taking place in Hong Kong during November. Chief among the topics will no doubt be the situation in China, where reduced domestic demand (as elsewhere in the world) has followed the 2010-2011 price spike as consumers have replaced and reduced their reliance on rare earths in a range of products.

“This has greatly improved the diversity and stability of rare earth supply outside China, particularly for the light rare earths (LREEs). Between 2013 and 2020, rare earth supply from the rest of the world is forecast to increase by over 27 percent per year, reaching 101,100 t REO in 2020,” Roskill’s Chegwidden said.

However, as usual with the global rare earths industry there is a bit of a sting in the tail. Back in May this year Molycorp announced all key production facilities were operational and that the company was in the process of ramping up to phase one capacity of 19,050 tpy REO, after issues with the filtration process were resolved. But production capacity by mid-2013 was estimated to be approximately 15,000 tpy REO, and full phase one capacity is not expected until the end of 2013. More details should be forthcoming at the Hong Kong event where Molycorp are speaking.

The chlor-alkali plant planned to recycle some of the chemicals used in rare earth processing was commissioned in the third quarter of 2013, and this is expected to reduce power costs, Chegwidden said, adding that Molycorp will not start ramping up phase two until the market justifies it.

Estimated production after the phase two expansion at the plant is displayed in the table below, but Lynas has said it will not start this phase until the market improves. A further 5,500 tpy of mixed rare earth will be either sold or separated at a plant operated by a strategic partner. Actual production in the quarter ending June 30 was 144 tonnes of REO of which 117 tonnes of REO was shipped.

“Not surprisingly performance at Lynas has been criticised – but it takes time to bed in a new separation line,” Chegwidden said. Political tensions in Malaysia also continue to dog Lynas’s program, with the planned location for a permanent waste disposal facility in Kuantan causing the latest disruption.

On the subject of heavy rare earths, China’s production is expected to show stronger short term growth from 2013 to 2015, despite a number of illegal producers being closed down, compared to later in the decade.

However, in the rest of the world it is unlikely that operations will make any significant contribution to HREE supply before 2017. Potential producers continue to be afflicted by low rare earth prices and difficulty in obtaining finance in the current climate. This means that a number of projects have either been being pushed back or are being reevaluated.

On a positive note for the global industry, after a rather miserable year or so following the price spike, there is some evidence that demand for rare earths is picking up in the second half of 2013.

“Exports of some REOs [particularly lanthanum oxide] from China have recovered to levels last seen at the beginning of 2010, before the price bubble. Prices [FOB China] have started to increase for most REOs (but be wary of judging a recovery on a few weeks’ data!) Together with evidence of improving exports this may indicate that there is some recovery in demand,” Chegwidden said.

However, these glimmers of hope are still being tempered by a few concerns, particularly over whether some of the substitutions made after the price hike are reversible. While the good news is that the level of use in FCC catalysts is now reported back to near previous levels, other changes are unlikely to be reversed, including the reduction in percentage content of dysprosium in NdFeB magnets, the recycling of cerium oxide polishing compounds and the amount of phosphors consumed per lumen in fluorescent lamps.