Molycorp, the only US-based rare earths producer, announced Thursday that it and its North American subsidiaries have filed for Chapter 11 bankruptcy. 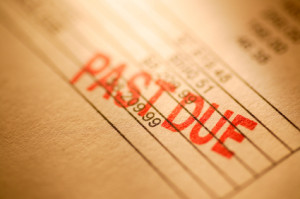 Once touted as the United States’ answer to China’s monopoly on the rare earths market, Molycorp (OTCMKTS:MCPIQ), the only US-based rare earths producer, announced Thursday that it and its North American subsidiaries have filed for Chapter 11 bankruptcy.

Those who’ve been following Molycorp in the last couple of months no doubt saw the writing on the wall. Indeed, the company’s Q1 results, released at the beginning of May, painted a dire picture, showing that Molycorp had not yet achieved breakeven cash flow from operations, had outstanding debt of $1.7 billion and was at risk of being delisted from the NYSE.

Molycorp saw little progress between then and filing for bankruptcy. In June it took advantage of 30-day grace periods on interest payments for both its senior notes due 2020 and senior unsecured convertible notes due 2016. It also postponed its annual shareholder meeting.

The situation wasn’t always that bad, however. In fact, as Bloomberg points out, back in 2011 Molycorp was an investor favorite — its share price “soared dramatically” after China, the world’s largest supplier of rare earths, introduced export restrictions. Rare earths are used in essential materials like magnets, batteries and high-strength alloys, and investors and market watchers were certain that manufacturers of those products would require non-Chinese sources of rare earths.

Unfortunately, rather than wait for companies outside China to start producing rare earths, many manufacturers decided to look for rare earths substitutes. That substitution, coupled with delays at Molycorp’s California-based Mountain Pass mine, combined to push the company under the water. China’s easing of its export restrictions also didn’t help.

That’s a fairly negative story, but it’s worth noting that despite filing for bankruptcy, Molycorp won’t be totally out of the picture in the rare earths space. Geoff Bedford, the company’s president and CEO, said in Thursday’s release, “[o]ur operations in Europe and Asia are not a part of today’s filings, and these businesses are cash-flow positive and play a vital role in many key industries worldwide.”

He also said, “[a]ll of the Company’s facilities in North America and around the world will continue operating as usual.” That might sound unlikely given the company’s bankruptcy filing, but Molycorp notes that in addition to filing for bankruptcy it’s executed a restructuring support agreement with creditors that hold more than 70 percent of the aggregate principal amount of its 10-percent senior secured notes.

That agreement “provides for a financial restructuring of the Company’s $1.7 billion in debt and provides up to $225 million in gross proceeds in new financing to support operations while the Company completes negotiations with creditors.” The $225 million will be used to support the company’s operations during its Chapter 11 period; currently, employees are “working their usual schedules,” and according to Molycorp, “[p]urchasing of goods and services will continue.”

All in all, then, it seems like the lights aren’t quite out at Molycorp and on US rare earths production. At last count Thursday, Molycorp’s share price on the NYSE was $0.359. That put it down 59.27 percent year-to-date and 87.23 percent in the last year. The company is now listed on the over-the-counter markets under the symbol MCPIQ.