Understanding the rare earth markets can be as confusing as pronouncing the various names of the metals. Made up of 17 different elements, ‘rare earths’ are not actually all that rare in the earths crust. However, the economic viability of the processing of ore make them one of the least mined substances in the world. Understanding the different elements and their uses is essential for taking advantage of this growing market. 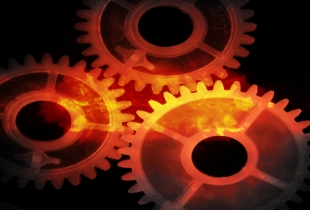 The demarcation between heavy and light rare earth elements (REEs) is an important distinction when looking at ore grades from various mining projects. It is, however, a misnomer that one type is more valuable than the other. For one, many of these elements accompany each other in deposits, and it is important to consider supply and demand fundamentals to determine the value of a project. Some of the ‘heavies’ are more rare in quantity in earths crust, but may not have common uses to drive market price.

“When REEs are being discussed, people should define what they mean by the light and heavy rare earths. For me, the lights go midway through gadolinium. I would classify the heavies as terbium through lutetium… For me this demarcation is more rigorous from a scientific point of view. Otherwise the distinction between the LREEs and HREEs is arbitrary,” stated Tony Moriano, in an interview with The Gold Report.

Heavy rare earth elements are the elements on the periodic table that have a tetragonal structure; these include Terbium, Dysprosium, Holmium, Erbium, Thulium, Ytterbium, and Lutetium.

Cerium is the most abundant of rare earths, it is found in many minerals including monazite, allanite, bastnasite, and zircon. Used mainly in automotive catalytic converters, cerium will be increasingly important as China and India move to a more urban population base. The rise in automobile ownership in these countries will increase the use of cerium and palladium as it is a low cost replacement for platinum used in catalytic converters.

Praseodymium has a wide array of uses from an alloying agent with magnesium for high strength metals used in aircraft engines, and as a glass doping agent for industrial lighting. It is also valuable because it shares a lot of the same properties as neodymium used in powerful magnets.

Praseodymium alloyed with nickel (PrNi5) produces a strong enough magneto caloric effect that with it scientists have been able to approach within one thousandth of a degree of absolute zero, an essential state in the creation of new super-conductors that may be necessary for new battery and electrical transmission technology.

Glass doped with praseodymium has been used by scientists to create “slow light,” where the speed of light is slowed down to a mere 38 miles per hour by the Rowland Institute for Science, and 21,600 miles per hour in a semiconductor at UC Berkeley. This fantastic breakthrough is being studied by IBM as a way to transmit information in computers in a more highly efficient fashion. However, this is the stuff of science fiction and practical applications are still far off.

Samarium has a variety of uses. Its unique magnetic properties allow it to resist de-magnetization when combined with cobalt. Magnets like these are used in headphones, and guitar pickups. In combination with other rare earths, it is used in industrial lighting, as an optical glass doping agent it absorbs infrared light.

Samarium is also used as a neutron absorber in nuclear reactors. The growing use of nuclear energy may be a driving factor in the growth of the samarium market.

Erbium when added to vanadium as an alloying agent lowers the hardness of the silvery gray metal and improves workability. Vanadium and vanadium steel is used in a wide array of products from tools to jet engines. Erbium is also used as a neutron absorber in nuclear reactors. Just as with samarium, the growth of nuclear energy will grow the demand for erbium.