To get more insight into what recent developments could mean for the rare earths sector, Rare Earth Investing News spoke with Jon Hykawy, president and director of Stormcrow Capital. Overall he is hopeful that things could be looking up for the sector. 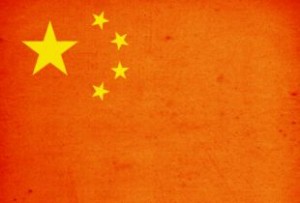 Rewind several years and rare earths were all the rage. Today the market is a little calmer, but that’s not to say it has faded into the background. In fact, it’s been quite a busy few months for the rare earths sector, which has recently seen a WTO ruling against China’s export quotas and a crackdown on illegal rare earths production and export in that country.

To get more insight into what recent developments could mean for the sector, Rare Earth Investing News spoke with Jon Hykawy, president and director of Stormcrow Capital. He provided some interesting information for investors focused on the rare earths space, and overall is hopeful that things could be looking up for the sector.

Though China recently suggested that up to 40 percent of its magnetic rare earths supply is illegal and said it is planning stricter regulations, Hykawy said there’s no way the country will ever truly shut down illegal production of rare earths.

In the south of China, there are ionic clay deposits that are mined on a small scale by scattered pirate operators. Hykawy explained that extracting rare earths from ionic clay deposits is relatively simple, making it easy to start up an independent, small-scale operation.

Ionic clays more or less yield rare earths, depending on the leaching chemicals used, but small-scale miners can use just about anything, “from ultrapure sulfuric acid through to fertilizer through to animal urine,” to get at the rare earths.

Due to the kickbacks involved, these types of small-scale operations tend to be condoned by local governments. That, as Hykawy noted, is because “it’s so easy to do, because it’s small scale, and because it produces such a valuable product — there’s no way you’re ever going to shut it down.”

Hykawy noted that production from these smaller mines does makes it out of the country — in pickup trucks driven across the border. However, the bulk of illegal production has been coming from larger, licensed companies, which have long avoided production quotas. Those companies used to get around Chinese export limitations by doing things like slipping a ferroneodymium or ferrodysprosium blend out of the country under the ambiguous “iron alloy” label. Now, export paperwork has become “far more onerous” for those companies, and Hykawy said that China’s new initiatives might be more effective at impacting illegal production.

Hykawy expressed a rather strong view on the potential effects of the WTO’s ruling against China’s rare earths export quotas, suggesting it is “borderline delusional” to believe that the WTO ruling will have any effect at all. That’s largely because the large amount of consolidation that’s been going on recently in the Chinese rare earths industry has put the business in the hands of middle-level managers at state-controlled corporations.

Hykawy pointed out that the rare earths division at Chinalco (HKEX:3668) is “microscopic compared to all of the other businesses that they undertake,” and that a mid-level executive there would be likely to follow orders regarding exports in the hopes of being promoted.

Picture this: you’re a junior manager on the rise in China. You’re put in charge of rare earths at Chinalco, and you get a call from on high to export only 2,000 tonnes of rare earths this month. However, you already have orders for 4,000 tonnes. What do you do?

Hykawy suggested, “I suspect you call up several of your customers and say, ‘I’m terribly sorry, but we can only ship half of what we promised you this month. Production problems.’”

That, unfortunately, means less transparency and less security of supply for buyers outside of China.

However, for producers outside of China, Hykawy suggested that the situation “should present opportunity.” Right now, however, buyers outside of China want secure supply, but only at Chinese prices. Still, he hopes that customers will eventually be persuaded to pay a premium for security of supply.

Hykawy was positive regarding growth of the rare earths market, but cautioned that predictions of a $8.19-billion market by 2018 could factor in overly positive prices. He also said such a scenario is likely not realistic given the replaceability of rare earths.

Giving a rather poignant example, the analyst pointed out that in China, where rare earths are relatively more accessible, rare earth magnet materials are used in motors for household appliances, such as refrigerators. The motors are smaller, use less electricity and are generally better. However, in other parts of the world, where electricity is more plentiful, refrigerators use induction motors — which are larger and gobble more electricity than a motor containing rare earth magnets — because that’s a feasible alternative given the lack of rare earths.

Companies in the lighting industry have also adapted to high rare earths prices in the past, changing lighting designs to minimize their use of rare earths. Furthermore, Toyota Motor (TSE:7203) even scrapped a rare earths electric motor drivetrain for its latest Rav4 model due to potential issues with the supply of rare earths, according to Hykawy.

“There are price limitations,” he summed up. “Demand may rise, but if supply doesn’t keep pace, the prices will increase to the point where demand goes down.”

Opportunity for companies outside of China?

It has certainly “been a long slog” for companies outside of China. Hykawy suggested that companies such as Molycorp (NYSE:MCP) and Lynas (ASX:LYC) came into the industry cold, pointing out that their plants had to be built with different materials and to different specifications than plants in China in order to comply with different safety codes.

Still, he sees a market for production outside of China, and tentatively believes North American producers such as Molycorp may get their costs down to the point that they are selling rare earths at a strong profit.

As for Lynas, Hykawy was similarly positive, and expects that the market is “going to see costs come into the realm where they’re making very positive cash flows.”

Based on factors such as an imminent production timeline, a long mine life, a simple metallurgical flowsheet and economic viability in the face of lower rare earths prices, Hykawy pointed to three more companies with projects that he favors: Rare Element Resources (TSX:RES), Canada’s Quest Rare Minerals (TSX:QRM) and Australia’s Arafura Resources (ASX:ARU).

“None of them have insurmountable technical issues, none have particularly difficult access to social acceptance at this point,” said Hykawy. “Those five projects certainly would go an awful long way towards fulfilling the need for rare earths outside of China for the next long while.”

Hykawy doesn’t see production holdbacks in China affecting pricing in a meaningful way. Although prices could rise slightly, he doesn’t see things returning to the levels of 2010 and 2011.

Instead of hoping for higher prices, he called for more transparency in the industry, and suggested that reliable supply and pricing will “help rebuild volume demand.”

On suggestions from a China Minmetals executive that the world will still depend on China for heavy rare earths, Hykawy said, “that person had better open their eyes.”

Put simply, most rare earths are not that rare. While there may not be many projects up and running outside of China, Hykawy pointed out that the easier-to-process ionic clay rare earths deposits that are present in the south of China also exist in South America, Africa and possibly even in North America.

Furthermore, it’s important not to forget that while it seems as if China’s rare earths will last forever, they are, in fact, a limited resource. “We don’t know how long that’s going to last,” said Hykawy.

Certainly, there could be space in the market for producers outside of China — it’s just up to buyers to decide to pay for security of supply.