Over the past two weeks, lawmakers in Washington have debated resurrecting a domestic supply-chain for rare earths and creating a national stockpile for the family of elements in response to China’s monopoly over the minerals. 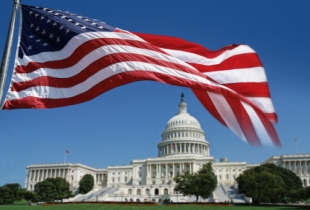 Over the past two weeks, lawmakers in Washington have debated resurrecting a domestic supply-chain for rare earths and creating a national stockpile of the elements in response to China’s growing monopoly over the minerals.

“The United States, not so long ago, was the world leader in producing and exporting rare earths. Today, China is the world’s leader,” he said.

US domestic production slid dramatically through the early part of the 21st century due to low prices, which some experts attribute to Chinese state-owned production, home-grown environmental concerns;,and less government support, testified Karl Gschneidner, Jr., a senior metallurgist at the US Department of Energy’s Ames Laboratory in Iowa.

Now, the US relies almost entirely on China to supply rare earths despite holding approximately 15 percent of the world’s reserves on US soil.

Dudley Kingsnorth, of the Industrial Minerals Co. of Australia, estimated that by 2015 the world demand for rare earths will total at about 210,000 tons. He expects China will churn out around 170,000 tons, leaving it up to the rest of the world to supply the remainder.

Miller says now is the time to recognize the importance of these minerals and act. He also notes China’s policy on rare earths is changing.

“China appears to view rare earths as one of the incentives they can offer a technology firm scouting for a new plant location. How do we compete in attracting and retaining manufacturing firms that need access to rare earth elements in light of China’s current near monopoly, and their willingness to use their monopoly power to our disadvantage?”

Clearly, the Chinese are no longer content to simply dig up rare earth minerals and export them to those countries who need rare earths for their high-tech manufacturing. So, with China poised to cut back on exports and a potential shortage of the minerals, which are instrumental in developing green technologies and in weapons manufacturing, some US lawmakers are calling it a national security issue.

Miller says, “The most immediate step [to end China’s monopoly] would be to get some competition back into the supply of rare earths.”

But building domestic US competition back into the rare earths market could be a costly venture.  Jim Hedrick, a former USGS rare earth specialist, says no one in the US “wants to be the first to jump into the market because of the cost of building a separation plant,” which would require thousands of stainless steel tanks holding different chemical solutions to separate out all the individual rare earths.

Hedrick estimated that opening just one mine and building a new separation plant might cost anywhere from $500 million to $1 billion and would require a minimum of eight years.

Molycorp Minerals is one of the US-based companies looking to re-establish production of rare earth elements at their San Bernardino County mine and has already begun processing “light” rare earths, such as lanthanum and neodymium, from a stockpile at its mine in Mountain Pass, California. But it still has to ship its rare earths to China for final processing, because only China has the equipment to do the job.

Mark Smith, chief executive for Molycorp Minerals, said the company is on track to produce 20,000 tons of rare earths annually by mid-2012 if they can get all the required funding in place. But Molcycorp was dealt a blow when they were deemed ineligible for a loan guarantee program through the U.S. Energy Department.

On March 17th, Rep. Mike Coffman (D-Colo) introduced The Rare Earth Supply-Chain Technology and Resource Transformation (RESTART) Act of 2010 in the U.S. House of Representatives. It would make Molycorp’s plan eligible for the loan guarantee program, which would allow the company to borrow 70 percent of the $450 million cost, to be paid back over 10 years.

But the bill itself would not authorize any federal funding for any of the proposals. Instead, it asks that the U.S. Departments of Commerce, Energy, Defense and the Interior dig into their own pockets to support the rebuilding of a rare earth supply chain.