Rare earth elements are used in a wide array of weapons systems used by the US military, however, there is currently no domestic production of the metals. This is catching the eye of congress as the US military and national defense is at the whims of Chinese trade policy. 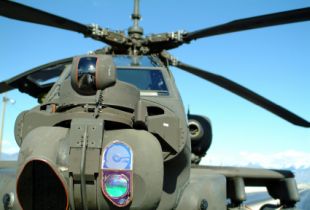 Over the course of past year, Chinese regulations that dominate the rare earth market have uncovered vulnerability in the vast power of the US military. The US is lacking in domestic supply chain of metals critical to high tech weapon systems; without these technological wonders, modern warfare would be impossible. Until the 1980’s the US was a dominant producer of rare earth elements. This was until the Chinese, with little regard for environmental protections, and low production costs, became a primary producer or rare earth elements. Currently, China’s rare earth production accounts for approximately 97 percent of the world’s supply.

The domestic US market switched the sourcing of these metals to China for they were far cheaper, and in seemingly unlimited supply. Mines like Molycorp’s Mt. Pass mine in California, closed down, and the North American supply chain of rare earths disappeared. However, with the explosion of high tech goods that are reliant on the various REE’s demand started rising, as did the negative effects of low cost production in China. China seized the moment and started cutting down on production and export quotas, and prices assumed their meteoric trajectory. This is where the US military finds itself today, dependent on the world’s next superpower to create the raw material for the US military domination. It’s a tricky balancing act.

Over the past year numerous US representatives have created bills that start to address the issue of reducing the dependence on Chinese rare earth through the creation of North American supply chains. The ‘Rare Earth Supply-Chain Technology and Resource Transformation (RESTART) Act,’ introduced by Congressman Mike Coffman, aims to establish domestic production through a loan guarantee program, as well as create a Defense Logistics Agency rare earth inventory/stockpile. This proposal has industrial backing from groups such as the US Magnetic Materials Association. Other representatives have voiced their disapproval of Chinese trade policy to the Obama administration, furthering the need to create a comprehensive national policy. The US Department of Defense estimates that 5 percent of the world’s production of rare earth is used for defense purposes.

Firstly, neodymium-Iron-Boron (NdFeB) magnets are considered to be the smallest, lightest, and most powerfull magnets currently known to science. These magnets are used in products ranging from computer disk drives, hybrid/electric motors and wind turbines. All modern military equipment is highly dependent on computer systems, which contain hard-drive’s made from neodymium and other rare earth magnet material.

The applications for defense systems get more technological from here. The fin actuators for guided missiles and munitions, are powered by motors that use NeFeB magnets. The same motors are used for unmanned aircraft, as well as many other small electric vehicles, tomahawk missiles and other smart bombs, emerging rail gun technology.

Europium, ytterbium, and Terbium are used in optical systems as a glass ‘doping agent’ for lasers, and other systems. These products are essential for night vision, heads up displays in fighter jets, laser systems such as guided weapons and laser targeting systems, and fiber optic cables. SONAR and RADAR systems, satellite communications also rely on rare earths. Even nuclear threat detection systems use lanthanum to detect gamma radiation.

To substitute other materials is not an option in most of these technologies. This is due to the unique properties of rare earths. In order to substitute some of the materials, whole systems would have to be re-engineered, made larger, and most likely less efficient. The US military has been actively working on making the military a faster, more efficient fighting force, using less fossil fuels and resources. In furthering this objective the use of neodymium and lanthanum for electric drive systems will only continue to grow.

The Department of Defense has downplayed the significance of these materials in the arsenal of weapons systems at their disposal; however, the reliance on these materials will only continue to expand. The need for a comprehensive policy aimed at the creation of a North American and allied supply chain, as well as a strategic stockpile may be a wise decision.

There is good news for the creation of a domestic supply chain. Molycorp (NYSE:MCP) is well on the way to producing on its Mt. Pass mine. Other companies that are working on their deposits include Rare Element Resources (TSXV:RES), Quantum Rare Earth Development (TSXV:QRE) has a massive deposit in Nebraska. Several other companies have deposits in Canada such as Commerce Resources (TSXV: CCE) that can provide the supply of materials needed for North American defense systems. It’s time that congress acts to ensure a strategic inventory of these critical materials.