Much news has been made about China’s controls of rare earth exports. As those events effect the pricing of the 17 elements that make up the rare earth block, mining juniors around the world are rushing to secure promising rare earth deposits. Here’s a look at companies recently in the news. 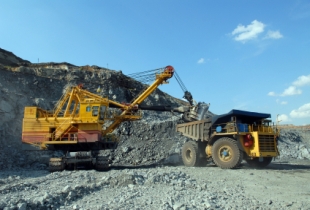 The need to secure rare earth elements is a pressing political and economic concern for the worlds leading economies. The increased requirement for renewable energy, the increased demand for high tech electronics, and the ever decreasing exports from China are major factors behind the push for new deposits. Many junior mining companies are in search of capital to start the long process to start producing on their deposits. This is a snapshot of rare earth mining companies with recent announcements.

Great Western Minerals Group (TSXV:GWG) recently announced that the company has signed a letter of intent to supply US based “Electron Energy Corporation of Landisville, Pennsylvania to supply samarium metal, gadolinium metal and samarium-cobalt alloys used by EEC to manufacture magnets and magnet systems,” stated the press release. Electron Energy Corp. makes rare earth magnets, and is the only producer of rare earth permanent magnets with US operations.

Great Western’s rare earth deposit is the Steenkampskraal mine in South Africa owned by Rare Earth Extraction Company. The company recently acquired 70.2 percent of Rareco’s shares. “This is a pivotal moment in the execution of GWMG’s corporate strategy to become a fully integrated, global Rare Earth producer,” said GWMG President and Chief Executive Officer Jim Engdahl. The acquisition of Rareco’s as well as the supply agreement with Electron Energy will help GWMG get their South African mine into production at a very opportune time in the market.

Avalon Rare Metals Inc. (TSX:AVL)(AMEX:AVL) announced increased resource estimates for its Nechalacho deposit. Data from the drill program over summer of 2010 shows a significant increase in the total resource estimate.

“The updated resource estimate for the key Basal Zone part of the deposit has resulted in an increase in Indicated Mineral Resources to 57.49 million tonnes grading 1.56% TREO1 with 20.72% HREO/TREO… This compares with the Indicated Resources of 20.45 million tonnes grading 1.75% TREO with 23% HREO/TREO reported for the Basal Zone in the September 2010 update,” stated the press release.

The company stated that the significant increase in the size of the deposit will not ultimately determine production capacity, instead sales volumes will ultimately be the company’s guide.

Commerce Resources Corp. (TSXV:CCE) also released highlights of results from their drill program on the company’s Eldor Lake property in Quebec. One of the drill holes intercepted a high grade rare earth oxide. “1.99% Total Rare Earth Oxides (“TREO”), including 172.89 m of 2.30% TREO” stated the press release. The company is expecting to release a complete NI 43-101 compliant resource estimate in the first quarter of 2011.

Dacha Strategic Metals (TSXV:DSM) a company focused on stockpiling rare earth metals announced that it filed for an Equity Offering for up to $100 million to invest in rare earths. “The Offering will be conducted through a syndicate of agents led by BMO Capital Markets… The Offering size is targeted to be for gross proceeds of up to $100 million, with pricing to be determined in the context of the market,” stated the press release.