After Molycorp posted a Q1 loss, missing analysts’ expectations, ripples were felt through the rare earth mining sector. Are the investors that rushed to this market willing to wait for these companies to produce on their deposits, generating revenue, or are they looking for a quick buck? 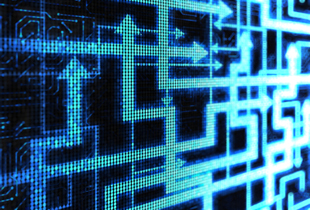 Rare earth mining companies have benefited from the rush of investment from investors seeking to capitalize on the headlines of reduced supply from China. The share price of many rare earth mining companies has skyrocketed, however, many companies are years from realizing production on their deposits. This has raised some concern among analysts that a bubble is forming. Last week Molycorp announced a first quarter loss that did not meet analysts’ expectations, which may have caused a correction in the share prices of other rare earth miners. The frenzy to profit off this burgeoning market may be due to speculative investors looking for quick profits, buying on momentum and not fundamentals.

Recently Goldman Sachs stated that by 2013 there would be a surplus of rare earth oxides on the market due to production from the likes of Molycorp, Lynas Corp and others. This story was covered last week on Rare Earth Investing News. Many with intimate knowledge of rare earth mining disagree with the Goldman Sachs analysis because the sheer complexity of rare earth processing is unlikely to be perfected by western companies in such a short time frame.

Share prices of prospective rare earth mining companies have hinged not only upon spot prices and the economics of various projects, but increasingly on the sentiment of the bulls and bears.

Rare earth bulls will point to China’s trade policies and further reduction of export quotas. Recently analysts from Ernst and Young stated that demand for rare earths could increase by 60 percent by 2016. On top of the increase in demand worldwide, China will have to keep more of their production to meet domestic demand further reducing supply to Japan and the west. Zahid Fazal, from Ernst and Young has stated that China, “will not be able to meet its own requirements from 2012 to 2015.”

The bears will point to overvaluation of companies that have yet to produce and may never do so, point to the internet bubble of the late 1990’s. They will also point to the less than promising earning data from Molycorp, and the share price of the company losing ground as evidence of the artificial inflation of many rare earth mining companies.

The drop in Molycorp’s value may be a sign that the market is overvalued; however, it may also be attributed to profit taking on the part of investors. “A big part of this industry is about making money and how many who bought Molycorp early would still be in?  If you bought earlyat around $12 per share, with the price at around $60, that’s a 500 percent gain. Although on the other hand, there is still a compelling case to be made to buy Molycorp today and I am thinking of the new Dahlman Rose research that just came out with a $125.00 per share valuation for them,” stated Grove.

The true gauge of the market lies not in the action on Molycorp’s share price, but in the actions of China. They produce over 95 percent of the world’s rare earth supply, and will continue to dominate the market even after the likes of Molycorp and Lynas start full production on their deposits. The decisions on production and export quotas by Chinese officials are still the single greatest factor in determining the supply and demand fundamentals of the rare earth market.

“The question that no one can answer is: How much material will China be putting on the market over the next few years? It’s more than likely that it will be less than it is today,” stated Grove, adding, “I think it is very likely that China will continue to reduce exports.”

Many other noted rare earth experts and analysts share this sentiment. The 72 percent reduction of export quotas for the second half of last year was the biggest factor for the rush of capital into mining companies last year. It brought into sharp focus the importance of these metals in our modern world. There is still no date set for the release of export quotas for the second half of 2011, but it is expected that Chinese officials will release the quotas sometime in early July.

Investors interested in junior rare earth mining companies should be focused on the economics of a project, not solely on the direction of share prices. “For the exploration company that has been on the development ‘flat line’ in the market, the decision to go into production following the release of positive economics is typically the main and most significant driver of the share price,” stated Chris Grove.

Investors looking to enter the rare earth market should keep in mind that most of the companies in the sphere will not be producing on their deposits until at least 2013. Many will not be producing until well after that. Speculative investors who make decisions on news headlines cause price fluctuations. But those looking to capitalize off of the increased demand, and low supply of rare earth elements would be wise to take the long term approach. This involves looking at the economics of a project, timelines for production, and the track record of the management with similar projects.