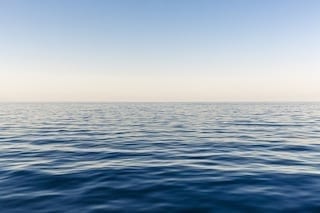 Improvements to the mineral processing flowsheet for Strange Lake could lead to better mineral concentrate grades, the company says.

Quest Rare Minerals (TSX:QRM) is working to optimize the mineral processing flowsheet for its Strange Lake rare earths project in Northern Quebec, and on Tuesday (May 23) it announced a breakthrough.
Survey and geological work at Strange Lake has shown that the company could target host rock that predominantly contains neodymium, terbium, dysprosium and praseodymium instead of targeting zirconium and total rare earth elements.
According to the company, making that change will allow it to use different handling and processing procedures that will improve hydrometallurgical processing and mineral concentrate grades. Quest’s management team also said that focusing on neodymium, terbium, dysprosium and praseodymium is important as those metals are likely to make up the majority of potential revenue at Strange Lake.


Give me my free report!
Neodymium, terbium, dysprosium and praseodymium have many uses. A few of them are as follows:

Moving forward, Quest is looking to complete a limited number of comminution and flotation tests, and then construct a mini pilot plant that will be used to determine optimal processing parameters for material mined at Strange Lake. The company’s original goal was to build a full-scale pilot plant, but it changed plans after a $7.5-million financing agreement fell through.
Once the mini pilot plant is built, a 20-kilogram flotation concentrate will be extracted and shipped to Germany for sulfidation and separation of the four rare earths mentioned above. Results from the mini pilot plant will be used to update the company’s 2014 preliminary economic assessment for Strange Lake. Quest also hopes to ultimately determine the scope of work required for completing a prefeasibility study and potentially updating the mineral resource estimate for the project.
“This is an exciting development. We now have a chance to demonstrate the recovery and extraction potential of the Strange Lake Project and become the first producer of individual Dy, Tb, Pr and Nd metal concentrates in North America,” said Quest Rare Minerals President Dirk Naumann.

Global demand for the 17 rare earths is expected to increase by a CAGR of 13.67 percent from 2017 to 2021, according to Research and Markets. Similarly, Future Market Insights predicts that the rare earths market will experience a CAGR of 8.5 percent between 2016 and 2026. Market value is predicted to increase from $3,257.3 million to $7,362.8 million by 2026.
Rare earths are mainly used in high-power magnets for electric vehicle motors and in direct-drive turbines for wind energy production. Wind power is a renewable and clean energy source that is expected to be one of the fastest-growing markets in the future due to government incentives and easing regulations.
Don’t forget to follow us @INN_Resource for real-time news updates!
Securities Disclosure: I, Melissa Shaw, hold no direct investment interest in any company mentioned in this article.