One of the best known names in the rare earth market, Molycorp, is stealing the headlines yet again with the announcement of heavy rare earth element (HREE) deposits surrounding the company’s Mt. Pass mine in California. Rare earth analysts are questioning the timing of the announcement amidst falling share prices. 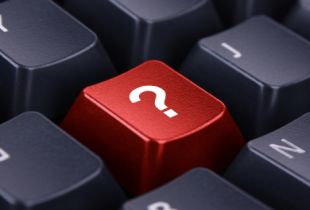 By increasing the total HREE concentration the company is hoping to build the value of their company. However, many analysts are questioning not only the timing of this announcement shortly after the company’s share price took a nose dive, but also the time frame in which the CEO Mark Smith stated the company could produce on the deposit.

The news of this deposit started with an article in The New York Times in which Molycorp CEO Mark Smith is quoted saying, “[T]hat the company might be able to begin producing heavy rare earths in a little over a year from now,” adding, “the ore is near the surface and would require very little strip mining.”

However, the news of this HREE outcropping is not breaking news. The company announced the exploration of the area in March 2010. The company stated in the press release that “it has been known for decades that Rare Earth mineralization occurs on other areas of its property.” The release goes on to explain that its main Mt. Pass ore body is a bastnasite deposit higher in light rare earths, and that the company is exploring the existence of a Monazite deposit which are known to contain higher concentrations of HREE’s.

Dr. John L. Burba, the company’s executive vice president gave a presentation in Washington D.C. about the new HREE deposits. According to historical exploration by Unocal, the 3 deposits all contain over 4 percent total rare earth oxide (TREO) with very significant HREE content. If correct, the percentage of TREO would make the finding a world class rare earth deposit. The company has known about the historical exploration for some time now, which is causing some to question why this is now headline news.

Molycorp’s share fell dramatically late last month as JP Morgan downgraded its rating, sending reverberations through many other rare earth mining firms. This development was covered extensively on Rare Earth Investing News on September, 26. Molycorp’s share price at the time this article was written stands at $35.29, down from the 52 week high of $79.16.

The announcement may help the share price of Molycorp because the main detraction from the companies Mt. Pass mine is the lack of HREE in the ground. If the discovery pans out, the addition of heavies to the company’s resources is certainly a good thing.

“Let me get this straight: in a solvent exchange (SX) plant not yet built, not yet proven in, or run up to capacity after the proving-in bugs are worked out, Molycorp is going to run process leach solution (PLS) from an ore concentrate that it has not yet determined can be produced, with an extraction efficiency that it has not yet determined to be economical… This is complete and utter engineering and chemical nonsense. Other than that – it’s a great story.”

The prospect of HREE’s on Molycorp’s site is highly probable; very few analysts are willing to call this a hoax. However, being able to ramp up production and sell the product on the market within the company’s time frame of one year is highly unlikely. It is hard to blame industry onlookers for being skeptical about this new announcement of historical data which was announced, in part, well over a year ago in March 2010. Regardless of the speculation surrounding the announcement, the company should move to produce on the heavy rare earth deposit as soon as possible.

I, Michael Montgomery, hold no position in the company mentioned in this article.