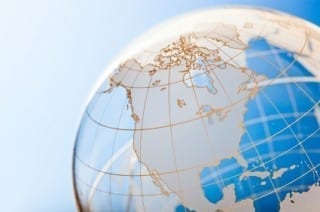 Medallion Resources (TSXV:MDL) has taken another important step towards derisking its approach to rare earths production.
Following the confirmation of its metallurgical process design plans earlier this year, Medallion has announced strong rare earths recoveries from bench-scale testing of its process. The company is focused on extracting rare earths from by-product monazite sand using a caustic leach process.
Bench-scale testing resulted in average recoveries of 91 percent for marketable rare earths from monazite feedstock. Recovery percentages for 11 rare earths range between 72 and 96 percent for a weighted average of 91 percent.
The company also notes that magnet-related elements, such as neodymium, praseodymium, dysprosium and terbium, will make up about 86 percent of the concentrate value.
For Medallion CEO Don Lay, the results came in as he expected. “There is a fair body of knowledge that our metallurgist accessed to design the flow sheet, and he is pleased with his choices,” he said. “We have a sample radiation-free chemical concentrate applicable for a rare earth refinery plant.”
As the results are from bench-scale test work, specifics regarding purity levels and production costs are still forthcoming. Overall, however, the concentrate is ready to send to rare earths separators for testing.

It’s worth noting that Medallion used spot FOB rare earths prices from China to provide a look at the potential value of its concentrate. For his part, Jon Hykawy of Stormcrow Capital is positive on that decision.
“Presenting the basket price using [current] Chinese FOB prices is a long way more realistic than doing what others have done, and takes averages that incorporate the 2010/2011 price spikes, either FOB or Chinese domestic,” he said.

While Luisa Moreno, senior analyst and partner at Tahuti Global, cautioned that it’s important to include a discount to separated rare earths prices for those contained in a mixed concentrate, she is also pleased with the use of spot prices.
“It’s excellent that they’re using spot prices,” she said. “It shows from the results there is potential for them to have an economic project here.”
Moreno also noted that the company has a “business model advantage” since it does not have to take on the cost of building and operating a mine — Medallion plans to buy by-product monazite sand from heavy mineral sands producers.

Strategic approaches to a sector under pressure

Certainly, rare earths investors will have noticed that Medallion’s share price hasn’t been immune to the broader drop in rare earths prices. As of Tuesday’s close, the company’s share price had lost 70 percent to hit $0.03 over the past year.
However, Lay stated that those in the industry are starting to get more educated about rare earths processing, and are paying attention to Medallion’s approach.
“Rare earth prices have really come down the last year — so the whole sector has suffered with that,” he said. “But people have learned about the complexity of rare earth processing. And using by-product ore and a low-capex approach is making a lot of sense to them now. People in the business are paying attention to us.”
Case in point: at PDAC this year, Ryan Castilloux of Adamas Intelligence pegged Medallion as one of several companies coming out with new and interesting business models in light of the current market.
Moreno also stressed the importance of resilience given lower rare earths prices. “It is important for [companies outside of China] to find ways of processing rare earths at a low cost,” she said, adding, “and metallurgy is a very important step.”
She also stated that it’s important for projects to have a “low technology risk” when it comes to novel methods of rare earths processing. Looking at this week’s results from Medallion, she said that there isn’t a huge risk with with the company’s technology given that it is based on existing methods for processing monazite. The analyst is looking forward to more detailed information regarding the flow sheet for the process.
Moreno also noted that since Medallion will be working with high-grade feedstock for its concentrate (around 47 percent vs. around 8 percent), it will require lower amounts of reagents for rare earths recoveries.

Hykawy admitted that Medallion’s recoveries are strong, but stressed that the economics of the potential project are more important to pay attention to.
“The results seem very solid compared to most other projects, even compared to other monazite projects I have followed,” he said. “However, the most important thing, as always, is not the level of absolute recovery, but the economics. If it costs you too much to recover the rare earths, even if recovery is 100 percent, and you can’t make money, then all that work didn’t do much good. Fortunately, that doesn’t seem to be the case here.”
Hykawy did note two unknowns for the project: the cost of monazite concentrate per tonne and the cost of hydrometallurgy per tonne. “Those two factors define the cost of making the hydrometallurgical concentrate, for which the market typically pays about 70 percent of the contained separated and purified rare earth value,” he said.
However, he also suggested that if Medallion can keep its costs below that threshold, there could be money to be made.
“I think the important things to take away are that Medallion is demonstrating that it can extract good amounts of rare earths from a concentrate that it doesn’t need to mine itself, that it doesn’t need to permit and finance a mine to get,” Hykawy said. “If investors like that part of their model but are worried that this particular monazite concentrate might not produce the rare earths, hopefully this alleviates that concern.”

Lay said that investors can look forward to additional test results and announcements regarding a potential pilot plant for Medallion’s process.
Following Wednesday’s results, the company is planning to send concentrate samples to interested refineries for testing under confidentiality agreements. It also continues to advance long-term feedstock agreements as well as plans for a processing facility in North America.

Securities Disclosure: I, Teresa Matich, hold no direct investment interest in any company mentioned in this article.
Editorial Disclosure: Medallion Resources is a client of the Investing News Network. This article is not paid for content.