Investor focus shifted to Lynas Corporation after it received confirmation that its controversial rare earths plant in Malaysia has won a temporary operating license from the country’s Atomic Energy Licensing Board. 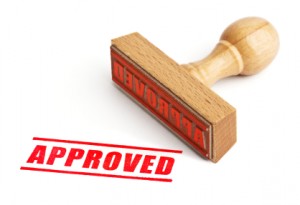 Investor focus shifted to Australia-based Lynas Corporation (ASX:LYC), a company focused on creating a fully-integrated source of rare earths from mine through to market, this week when it received confirmation that its controversial plant in Malaysia has won a temporary operating license (TOL) from the country’s Atomic Energy Licensing Board (AELB).

The TOL is a significant coup for the company and one that has been its main focus for some time. Sentiment was best summed up by the company’s executive chairman, Nicholas Curtis, who described the development of the plant as a decade-long “emotional roller-coaster.” The facility has been up against constant hurdles, including funding withdrawals during the 2008 financial crisis, repeated delays in relation to licensing and plunging rare earths prices.

“Receiving this license from the AELB is a significant milestone for Lynas,” said Curtis in a company press release.

The decision brings to a close nine months of legal wrangling over the refinery, estimated to cost approximately $900 million, that will process rare earth elements (REEs) shipped from Lynas’ Mount Weld mine in Western Australia. Receipt of the TOL enables Lynas to commence the transportation of rare earth concentrate and also completes all the steps necessary to prepare for first feed to kiln, which is expected in October.

Getting to this point has been a long and arduous process for executives and shareholders as the company was forced to battle persistent legal action as well as community opposition in both Australia and Malaysia. Earlier this year, Lynas expressed optimism that it would be able to commence production in June after an official in the country called the Lynas Advanced Materials Plant (LAMP) “the safest rare earths plant in the world.” However, lengthy delays as a result of residents and local politicians expressing concerns about radioactive waste contaminating the environment meant that did not happen. In April, three individuals appealed the AELB’s decision to award the company a TOL for the facility. The Court of Appeal is still set to review an application filed by Stop Lynas Coalition against the granting of the TOL, a motion that was rejected by Kuala Lumpur’s High Court in April.

Curtis emphasized that there is nothing unusual about the temporary license, and underlined that Lynas can expect to obtain a rolling three-year license if the plant complies with safety standards.

As expected, the announcement has had an immediate and profound effect on the company’s share price. It rose 41 percent the day after the announcement was made public, closing at AU$0.84, its biggest gain since May 2009. Many are predicting a further rise as the company announced that it expects income from sales by the end of the year and anticipates that the facility will be cash-flow positive by the first quarter of 2013.

In the first phase, Lynas plans to produce 11,000 tonnes of REEs a year, an amount that is valued at $330 million at current prices. Before the end of 2013 it plans to reach full production of 22,000 tonnes a year — a figure that is bound to attract investor interest and one that is not far off from the entire annual REE export quota allowed by China for 2012.

“Many in the market were skeptical that the license would get issued because it seemed to be heavily politicized,” said Andrew Harrington, resource analyst at Patersons Securities, in comments to Bloomberg. “It’s going to be extremely positive for the share price which has been suffering from a lot of shorting because of the doubts.”

In a recent market overview, Jim Jubak, manager of the Jubak Global Equity Fund, presented a bullish outlook, stating, “I think a reasonable short-term target for the shares is $1.00 to $1.20 a share, a big jump from Wednesday’s 87 cents a share (and even bigger from Tuesday’s close at 59 cents).”

However, Jubak also stressed that political concerns over the license will continue to dampen the stock’s performance and that there is still fear within the market that an opposition victory in national elections could result in the withdrawal of the TOL. He forecast that the company’s stock could move up to between AU$1.00 and $1.20 over the next few months, with further advances dependent on results from the plant, as well as on what direction the REE market price is headed at that time.

REE prices have struggled this year, and while news of the license will result in a short-term gain in interest from short-term investors, many bears will be quick to point out that a sudden surge in production could further depress overall REE prices in the longer term.

“The entrance of Lynas and Molycorp into production is likely to lead to a global surplus for most light rare-earth elements and we believe it is likely prices will continue to weaken over the near term, with very limited engagement currently from buyers,” said UBS analyst Ben Wilson in comments to The Wall Street Journal.

After averaging $25/kg in the second quarter of this year, Deutsche Bank expects lanthanum to decline to $11/kg from 2013 — a monumental fall from the record high of $74/kg recorded only last year. Despite this drop, the company’s chief executive has tried to counter investor concerns by noting that current levels are “still a terrific price” for the company considering that three years ago lanthanum sold for only $7/kg.

Investors will be closely watching Lynas’ effect on the market over the next six to 12 months. The granting of a TOL has catapulted Lynas from being “nearly there” to being a possible game-changer. While fears of oversupply might deter some, the fact remains that a growing middle class will lead to an increased demand for REEs. Whether this demand will make itself known now or in the longer term remains to be seen.