China has abolished its quota system for rare earths following a WTO ruling last year. According to a report from Reuters, the country’s Ministry of Commerce issued a notice announcing the change at the end of December. 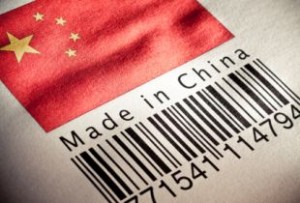 Following last year’s World Trade Organization (WTO) ruling against certain Chinese export quotas, the country has abolished its quota system for rare earths. According to a report from Reuters, China’s Ministry of Commerce issued a notice announcing the change at the end of December.

Export quotas for tungsten, molybdenum and fluorspar have been scrapped as well.

Early last year, the WTO ruled against China in a case brought to the organization back in 2012 by the United States, Japan and the European Union. The ruling indicated that China’s export rules were inconsistent with its obligations as a WTO member.

Of course, the announcement that the export restrictions will be scrapped sounds like good news for those outside of China. However, Jon Hykawy, president and director of Stormcrow Capital, has suggested that the ruling might not have as much of an effect on the market as some could be expecting.

Hykawy previously told Rare Earth Investing News that getting rid of the quotas could mean less transparency and less security of supply for buyers outside of China. That’s partly because ongoing consolidation in China’s rare earths industry has put the business in the hands of middle management at state-run corporations. He suggested that those managers could be likely to follow orders from their superiors in hopes of being promoted — whether those orders conform to the new export rules or not.

Similarly, Ryan Castilloux, founding director and market research analyst at Adamas Intelligence, has said that the effect of the WTO ruling (if any) is still a major unknown. However, he did state that if China manages to curb its illegal rare earths mining, at least to some extent, that could be good news for heavy rare earth oxide prices.