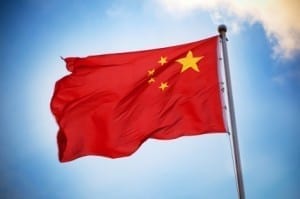 Jon Hykawy of Stormcrow Capital speaks about the issue of illegal rare earths mining in China and why it might be getting too much attention as a market driver.

In the past year, I’ve heard a couple of well-respected voices in the western rare earths community crying out that the problem with the industry is illegal production in China. Dr. Dudley Kingsnorth, for one, at the Argus Americas Rare Earth Summit in Las Vegas, outlined the problem as he sees it.
Basically, total legal production of rare earths in China in 2013 allowed for 105,000 tonnes. Fairly accurate estimates based on where that production occurred meant that about 20,995 tonnes of that was in the form of neodymium and praseodymium in 2013. But if you total the amount of magnets made in China in 2013, the industry actually needed about 30,348 tonnes of neodymium and praseodymium in 2013 alone.
Obviously, that means that 9,353 tonnes of neodymium and praseodymium were supplied outside of the legal production quota. Hence, illegal mining. If you extend that argument, the hypothesis is that in 2015, legal mining in China will make about 105,000 tonnes of total rare earth oxides (REO), while illegal mining in China will make another 40,000 to 45,000 tonnes; there will then be a global surplus of about 50,000 tonnes of REO, which explains the low prices that we are seeing. There is too much material chasing a market that is simply too small.


Give me my free report!
By this argument, once the Chinese authorities clamp down on illegal mining, the future is golden. We need to sit back, wait and hope because there is nothing that the rare earths industry outside of China can do to help. That this purported illegal mining has been going on for years and has not yet been shut down or even dented meaningfully might be a little concerning.
Of course, if the above is true, then the rare earths space is the only mining industry in the history of the world that, when faced with some of the lowest prices in its history, still has a cohort of illegal miners that are so efficient that they can produce at costs much lower than those of the largest and best miners in China. Over the last six to nine months, major rare earths producers in China have been announcing production shutdowns because there is not enough demand for their product and they can’t make any money being in production. It is almost impossible and illogical to believe that the legal industry inside China is being overrun by artisanal miners.
Right now, it is really hard to see how even the best and lowest-cost legal producers in China are making any money at all. “Ahhh,” the illegal mining theory proponents will say, “that’s because they have to pay the hefty costs of properly disposing of tailings and chemical wastes, while the illegal miners will merely twirl the ends of their required evil-character mustaches and pour this poison over a gathering of widows and orphans, all while laughing maniacally.” Or something like that.
Except that this argument makes no sense on two fronts. First, it isn’t difficult to look at the studies on a variety of rare earths projects here in the west, and determine that environmental management isn’t a leading cost. For a reasonably big operation, overall cost might be something like US$20 per kilogram of REO produced. Of that cost, about US$1 per kilogram is mining and beneficiating the ore to get a kilogram of total REO. About US$13 per kilogram of the cost is applying the acids and heat and filtering and precipitating chemicals and pressing and drying to do what is usually called the hydrometallurgy on the REO, while another US$5 per kilogram is to separate the rare earths from one another and give them higher value. Finally, the last US$1 per kilogram handles the waste treatment from production of that kilogram of REO.


Give me my free report!
So yes, there is a 5-percent (and probably less, because we rounded up) contribution to cost from environmental factors on this project, a very large project with significant economies of scale and the highest efficiencies in design, using the best orebody that could be identified. And we would expect the environmental burden on a large, legal Chinese producer to be even lower, while the scale factor is even better (Chinese labor being less expensive than western labor).
Meanwhile, if you are a Chinese illegal miner, you probably can’t buy your acids and other specialty chemicals in anything like the quantities and at the prices that a large legitimate miner would, so your hydrometallurgy costs are likely much higher per produced REO kilogram. This is a reason that, for rare earths and for almost every other commodity, illegal mining is something that contributes to the supply picture when prices are high, like they were in 2010 and 2011, and disappears when prices are low, like they are in 2015.
The other reason, however, that we believe that the purported illegal mining at this scale has to be nonsense is simply the scale. In China, legal production is roughly 80 percent from the north of China and 20 percent from the south. Southern production is from the well-known ionic clays. If total legal production is 105,000 tonnes, and 20 percent comes from the south, then southern production is 21,000 tonnes.
Now, clays are the easiest things to produce rare earths from, since they leach with chemicals like fertilizers. The legal rare earths industry in the south of China causes a lot of concern, though, because the clays that the miners want are usually mixed in with are often used as farmland. So the miners have to come in, buy the farmers out for a period of time so that they can put in the equipment to leach out the rare earths over a year or two, while very carefully regulating the amount of fertilizer they inject into the soil so as not to damage the agricultural value of the land; they must also deal with a lot of complaints from local farmers and visits from government and party inspectors. This isn’t a simple task, any of it. All for 21,000 tonnes of REO per year.
We are supposed to believe that the illegal mining industry in China, likely producing from these same clays, is producing as much as 45,000 tonnes of REO, more than twice as much as the legitimate industry in the south, but is undetected and undeterred by any government action, while the legal industry faces substantial hurdles. The legal industry is, today, conducted by state-owned enterprises that have the task of producing the greatest economic return to the overall Chinese economy by hiring as many workers as the industry can support and providing material that will create additional downstream jobs. The phantom illegal rare earths mining industry is composed of small groups that can’t be found, but in aggregate produce twice the production of the state-owned groups in the south, with no reported environmental ill effects, while having lower operating costs than the state-owned companies and only enriching a few wealthy illegal miners.

Give me my free report!
None of this phantom illegal rare earths mining argument makes any sense at all. Sure, in 2010 and 2011, when prices were high and there were dozens of private rare earths producers in China, there were almost certainly illegal shipments and overproduction. We know stories about companies that shipped 99 percent REO as 80 percent material to exceed quotas, companies that labelled their ferrodysprosium as “iron alloy” and didn’t claim rare earths content at all, and companies that put “Ca” on the side of a shipment instead of “Ce” (whoops!). But those days are gone. The industry was consolidated into state-owned entities to eliminate these activities.
The biggest problem right now is a lack of demand for legally produced quantities of rare earths, not trying to eliminate 45,000 tonnes per year of non-existent illegal production. And the sooner that companies both inside and outside China start to talk about how to reduce costs, rebuild buyer confidence in supply security and convince users that price stability can be reasonably guaranteed, the sooner that demand will recover. Unfortunately, those discussions haven’t even started yet, and the shuttering of so much production in China this year due to low prices isn’t helping rebuild demand.
I’d like to say I am hopeful moving into 2016, but I don’t see much in the rare earths business to be hopeful about.

Jon Hykawy is president and director of Stormcrow Capital. He is a 14-year veteran of Bay Street, spending his time there exclusively on the sell side. Originally, he trained as a physicist, and worked as a postdoc at the Chalk River Nuclear Laboratories of AECL and with the Sudbury Neutrino Observatory. Jon completed his MBA at Queen’s University with an emphasis in marketing. He worked in the areas of critical materials with Byron Capital Markets in Toronto from 2009 to 2013, and has become a recognized expert in such areas as lithium, the rare earths, fluorspar and tin. Jon has been an invited speaker internationally on all of these topics, and more. His technical background includes work on rechargeable batteries, fuel cells and both wind and solar power.
Editorial Disclosure: The Investing News Network does not guarantee the accuracy or thoroughness of the information reported in this article. The opinions expressed in this article do not reflect the opinions of the Investing News Network and do not constitute investment advice. All readers are encouraged to perform their own due diligence.