While China’s Rare Earths Global announced that it will not meet its 2012 profit expectations, Lynas Corporation and Great Western Minerals both put out good news this past week. 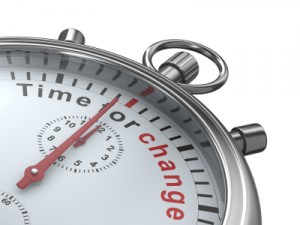 Chinese rare earth producer Rare Earths Global (LSE:REG) said it will not meet profit expectations for 2012 and will report a “normalized” loss due to a fall in rare earth prices and changes in the market.

In an unexpected trading update, the company notes that the industry is “going through a period of rapid change and development” and that factors such as a change in the Chinese government, China’s white paper on rare earths and statements from The Ministry of Commerce have combined to create “significant uncertainty.”

Rare Earths Global added that this uncertainty has led to significant delays in the receipt of its production quota. Further, it did not receive an export quota at all in 2012.

While the update notes that these issues have severely hampered its separation plant and trading divisions, it also states that the company plans to continue with the strategy that was set when it went public; that now includes possible joint ventures.

The board continues to believe that demand for rare earth oxides for new applications will keep increasing, and coupled with increasing regulation and control of production, it believes the long-term outlook for REO prices (more specifically, heavy rare earth elements) is positive.

With the start of production at its Lynas Advanced Materials Plant (LAMP) in Malaysia, Australia’s Lynas Corporation (ASX:LYC) has registered its own brand of rare earth products. Earlier this month, the company announced the successful commissioning of the cracking and leaching extraction units at the facility.

“As a central platform of our marketing thrust we have established and registered internationally our own RED brand (Rare Earths Direct),” the company’s website states.

In a separate announcement, the company confirmed that the Australian Taxation Office has informed it of an AU$15.2-million rebate payment for research and development (R&D) expenditures that it incurred during 2012. The payment will be made under the Australian R&D Tax Incentive Program, which helps businesses offset a portion of costs related to R&D activities and innovation. Lynas expects to receive the payment by March 1.

The company confirmed that LCM has sold and shipped specialty alloys produced by its furnace to three existing customers. One of these customers placed a subsequent order for an increased quantity of alloy; delivery of that alloy is scheduled for the first quarter of 2013.

The project is set to gain more momentum now that a second strip casting furnace is in transit to LCM. It has an estimated arrival time of late Q1 2013, and installation followed by the commissioning of this second furnace is scheduled to commence at LCM early in Q2 2013.

Marc LeVier, the newly elected president and CEO of Great Western, said, “[a]chieving commercial production with the new strip casting furnace at LCM is a very important milestone in GWMG’s progress path as we complete one of the items we committed to achieve early in 2013.”

China’s dysprosium oxide market is quiet as spot market participants are holding back to monitor market direction, according to Metal-Pages.

A supplier in central China said that nearly all market players have returned to work now that Chinese New Year is over; most are offering prices. “However, there are few actual transactions reported in the spot market as consumers and suppliers disagree with prices,” he said.

“Prices for europium oxide will remain stable amid thin trading with no support from demand in the spot market,” a supplier in Eastern China said.

Suppliers are still offering prices for 99-percent terbium oxide at between $641 and $675 per kilogram. There were also notable price movements over the past week, with 99-percent cerium oxide falling to $6,420 per tonne — the same level as 99-percent lanthanum oxide.

Quantum Rare Earth Developments (TSXV:QRE,OTCQX:QREDF) announced the addition of Mark Smith to its Advisory Board. Smith is the former CEO and director of Molycorp (NYSE:MCP), where he was involved in helping the company transition from being a private firm to a publicly traded producing mine.

Quantum also announced that to better reflect development plans at its Elk Creek niobium project in Nebraska, its name will shortly be changed to NioCorp Developments, after which it will begin trading under a new symbol.

Peter Dickie, CEO of Quantum, said, “[w]e believe the addition of an individual such as Mark, with his experience and business contacts with Niobium producers, is a tremendous vote of confidence and will greatly assist us in financing and developing our large and unique Niobium project.”

Commerce Resources (TSXV:CCE) announced additional results from metallurgical programs at its Ashram deposit in Quebec, Canada. Significant metallurgical advancements have been made since those detailed in the company’s release last November, according to a press release.

“These results represent TREO upgrading of over 15 times the original grade into less than 5% of the original mass (i.e. a mass reduction of more than 95%),” the press release states. In addition, mineral concentrate grades of 18.2-percent TREO at 73-percent recovery and 27.2-percent TREO at 58.4-percent recovery have been produced. The company notes that high-grade mineral concentrates with higher recoveries are achievable.

Search Minerals (TSXV:SMY) and its wholly owned subsidiary, Alterra Resources, provided an update for their REE properties in Labrador. The release also notes that a new preliminary economic assessment (PEA) for the Foxtrot REE deposit will be released in the first quarter of 2013 and details plans for a 2013 field season exploration program.

Search has also fulfilled the requirements of its earn-in agreement with Alterra to form a 50/50 joint venture on Alterra’s Strange Lake property.

Mark Saxon, president and CEO of Tasman, commented, “[w]ith the completion of this resource statement at Olserum, Tasman is now 100% owner of two heavy REE enriched NI 43-101 compliant resource projects in Sweden, both highly-significant on a global scale.”