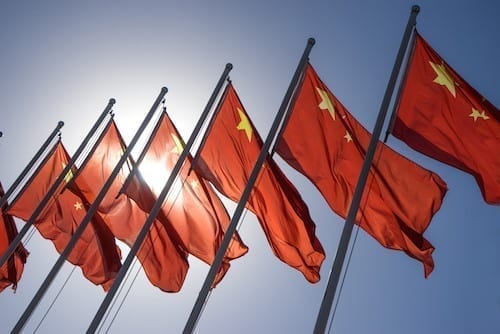 After announcing plans to reduce its rare earths production for the remainder of 2018, China saw its exports drop by some 37 percent month-over-month in October.

After announcing plans to reduce its rare earth production for the remainder of 2018, Chinese output of rare earths dropped to a 3-year low in October.

China is the largest global producer of rare earths, which are highly in demand for their use in super magnets and technological devices. The now coveted industrial metal was added to the list of critical metals by the Trump administration, while international demand for the metals has steadily grown.

An ongoing trade and tariff war between China and the US may be one of the motivating factors behind the reduction in output. Just last month, China announced it would decrease production by 36 percent for the rest of 2018, strategically only supplying its own domestic demand.

The country has been systematically reducing its production of rare earths since 2016, according to Adamas Intelligence. The uncertainty brought on by depleting output has forced rare earth end users to seek alternatives to Chinese supply.

“Companies in Europe and North America are always looking for diversified sources of supply. Many go through Lynas (ASX:LYC,OTCMKTS:LYSDY), and some of the smaller solvent extraction plants in Vietnam, but they are always looking for an alternative closer to home,” Kiril Mugerman, CEO and president of GeoMegA, told the Investing News Network.

Sector analysts foresee the Chinese instability creating volatility in the rare earth market through December and possibly into the New Year.