Prices may be on the move for rare earth elements as China restricts export quotas by 72 percent. Controlling 95 percent of the world market, the drastic reduction to exports will choke the supply of the materials for world consumption. Also, the Chinese are considering making a transparent, negotiation based pricing system. 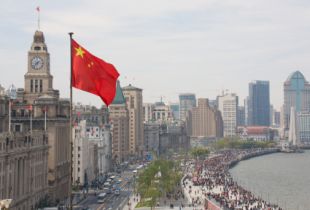 The price of rare earth elements such as terbium, neodymium and others in the group of metals may explode. The Chinese government has dramatically curtailed the export quotas for the second half of 2010. The slow draw down of export quotas over the last five years is well documented and has drawn criticism from the US and other countries. Citing fear of over-production, environmental issues, and a lack of ‘due profit returns,’ quotas were slashed by 72 percent. Chinese officials are also considering a pricing system for many of the rare earth elements based on a negotiated price. China has stopped issuing new exploration licenses until June, 30 2011.

The reduction of export quotas this week comes on the heels of threats from the US for a WTO trade dispute over unfair practices. Shipments of rare earth elements out of China will be capped at 7,976 tonnes, down from a total of 28,417 tonnes year over year. The move will undoubtedly drive up global prices and ensure that China’s domestic needs are met for the materials used in hybrid cars, wind turbines and other high tech goods. The country has also cited a lack of profits for the producers of the metals in their decision to cut back exports.

“The rare earths industry officials have realized that, after many years of continued growth in exports, the industry didn’t receive due profit returns,” Liu Aisheng, director of the Chinese Society of Rare Earth.

China controls over 95 percent of REEs worldwide supply, giving the Asian nation an absolute monopoly over the market. American producers of the metals, such as Molycorp’s Mountain Pass Mine in California, were driven out of the market by cheap supplies from China. Some have gone as far as calling the actions ‘dumping.’ Now it seems that China is ready to cash in on the monopoly they created.

The metals have been experiencing an increase in demand because of their use in magnets, and batteries vital for electrical generators such as wind turbines and hybrid vehicle technology. The exponentially growing demand for consumer electronics used in cell phones and computer hard drives have also fueled the explosion of demand for rare earth.

The increased demand, a lack of materials from outside of China, coupled with heavy export restrictions could cause the price of rare earths to jump in the near future. Prices for Neodymium have rallied as of recently to 190,000 yuan ($28,000) per ton from a low of 80,000 yuan in 2008 due to reduced exports and a crackdown on illegal mining. Further restrictions to the quotas will only advance the prices for most  rare earths.

Chinese officials are rumored to be considering the adoption of a pricing system for various rare earth elements. The pricing system is supposed to alleviate vicious ‘cut throat’ competition and create a more transparent pricing scheme.

“A unitary price based on negotiation will be published once a month to protect the natural resources from being depleted and to avoid cut-throat competition among the five affected areas,” according to Zhou Yan for the China Daily.

The reports of this pricing system also mention that rare earth companies will be integrated in to three to five conglomerates. With the creation of these large companies, China hopes to crackdown on illegal mining operations that have lead to chaos in the market, pricing issues and massive environmental pollution. Reports have said that that the Chinese plan to adopt this system as early as this month.