With China seriously contemplating stopping exports of rare earths, a move that could impact the manufacture of low carbon technology, REE is set to soar to new heights in 2010. 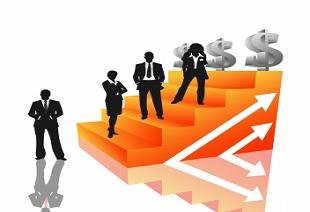 For those of you who have been following Rareearthinvestingnews, this new development may not come as a surprise.

If you may recall, mid-November last year, we had reported on how it was China versus the rest of the world where rare earths was concerned. As much as 90 per cent of the global rare earths is produced by China.

The name rare earths is given to a collection of 17 elements found in the earth. Many metals from this group are used in almost all kinds of electronics — from that cellular phone you use, to the critical missile guidance systems that guard a country’s borders. This underlines the importance of these 17 elements.

2010 seems to have started on a sour note for this sector. On January 2 came the news that China was seriously thinking of stopping exports of  rare earths, a move that could impact the manufacture of, among other things, low carbon technology, that in turn leads to the production of eco-friendly equipment such as wind turbines and low energy light bulbs.

Newspapers quoted an early October internal report by China’s Ministry of Industry and Information Technology that talked of banning the export of five rare earths and restricting supplies of the remaining.

In the wake of such reports, Beijing came out with a strongly-worded denial, saying it had no desire to reduce trade in rare earths.

This is what Britain’s `The Independent‘ newspaper had to say, “China could halt shipments of at least two metals as early as next year, and by 2012 it is likely to be producing only enough REE ore to satisfy its own domestic demand, creating a potential crisis as Western countries rush to find alternative supplies, and companies open new mines in locations from South Africa to Greenland to satisfy international demand.”

Amid claims that Beijing was using its rare earths monopoly as a tool of foreign policy, the British Department of Business, Industry and Skills said it had adopted a wait and watch attitude to ensure China was observing international trade rules.

British worries are justified. Almost all western nations are reliant on China and its supply of Rare Earths for their green house technologies. Coming soon after the Copenhagen debacle, China’s move to come down hard on its rare earths exports does not come as a major surprise, though.

Almost 95 per cent of China’s supply comes from a single mine near Baotou in Inner Mongolia. The remainder comes from small and sometimes illegal mines in the south of the country.

Not many western nations have woken up to the seriousness of the situation. One reason could be that for long, none took Rare Earths seriously. It is only now with all the talk of producing green technologies that this has become crucial.

Western nations now face the task of finding alternates (not many) to China’s supply of Rare Earths.

Beijing announced last month that it was setting exports at 35,000 tonnes for each of the next six years. Compare this to the global demand which has tripled from 40,000 tonnes to 120,000 tonnes over the past decade.

During this time, China has steadily squeezed supply by cutting its annual exports from 48,500 tonnes to 31,310 tonnes. By 2014, this demand is predicted to reach 200,000 tonnes a year as more and more nations join the eco-friendly bandwagon.

Some of the elements in the Rare Earths category are used in hybrid cars. Others are used in fibre optics and missile guidance systems.

One really is still to figure out whether China’s intentions in squeezing supply is purely for commercial gain or for geo-strategic purposes.

European and North American companies are meanwhile racing to open or re-open mines in Canada, South Africa and Greenland amid calls in the US for government-backed loans to secure supplies of some REEs which are used in the guidance systems of missiles and laser-guided munitions.

Toyota has effectively bought its own rare earth mine in Vietnam by signing an exclusive supply deal.

The Department for Business, Industry and Skills acknowledged the growing concern in Western capitals. A spokesman said: “We are monitoring the situation, particularly with regard to World Trade Organisation rules. We are working with UK industry to assess the situation.”

But on the positive side, all this comes as good news for investors or potential investors in this sector. Clearly, the demand for Rare Earths such as lanthanum, cerium, neodymium and many others, used in several emerging technologies is going up.

Even if China holds on to over 90 per cent of the supplies of rare earth metals, there is that minuscule portion which is with the rest of the world.

Analysts tracking the movement of these are earths stocks say they have zoomed to unbelievable heights between 2000-09, and are likely to move northward even further.

Watch this space for more details in the weeks to come.

Stans Energy Corp (TSX-V: RUU) has acquired a mining license for producing Rare Earth Elements in the mine, Kutessay II in Kyrgyzstan. Kutessay II previously produced 80 per cent of the former Soviet Union’s REEs till1991.

The mine is located 140 km from Kyrgyzstan’s capital city of Bishkek. Stans Energy Corp  acquired the mine along with 100 per cent of the Kalesay Beryllium deposit from the Government of Kyrgyzstan for $855,000 by acquiring 100per cent of “Kutisay Mining” on the Central Asian Stock Exchange.

Further research by Western Troy revealed that the area was on the margin of a circular magnetic structure similar to the area of Quest Uranium’s Strange lake deposit. The new claims are located about 90 km southeast of the Strange Lake deposit.