The Kyrgyz Republic is going through a transformation after months of civil unrest. Gold, and rare earth element mining are key economic assets of the developing nation. Understanding the political realities and assessing risk are essential to investing in companies operating in the region. 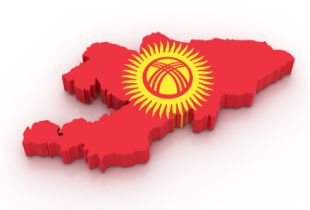 Assessing risk on investments in developing nations such as Kyrgyzstan, officially the Kyrgyz Republic, is essential for interested investors. A region’s political stability is a major determining factor in the success of any company’s operations as it represents a significant risk to large scale projects and investments. Wars have been fought over the nationalization of property and business interests, and companies have lost millions due to increased mineral royalties and changes to tax code rules.

This instability is not just a factor in developing nations alone. The Rudd Government in Australia tried a dramatic overhaul to the mineral royalty system, which was met with stiff opposition from the business community. After losing the election, the new regime has stated a desire to change certain aspects of the tax system, but have jettisoned the ‘Super Profits Tax’ proposed by Rudd. These factors play a pivotal role in the overall success and the forecasting of profitability of a mining operation.

In the case of the Kyrgyz Republic, political instability is a reality. But its affect on business may not be as drastic as in certain Latin American nations, which are undergoing a National Socialist awakening. Looking at the vital social statistics of the republic helps investors understand the political realities on the ground.

Kyrgyz Republic: Gained Independence from the USSR in August of 1991

In April, 2010 bouts of ethnic clashes and rioting ousted President Kurmanbek Bakiyev and have left the country with an interim government headed by President Roza Otunbayeva until elections are held later this year. A recent constitutional referendum took place changing the governmental style away from a presidential-based system to a European Style Parliamentary system. The stated reason for this referendum was to move away from an abuse prone presidential system, “which threatens the return of the mafia-clan pyramid of power,” stated interim President Otunbayeva.

The strong economic influence of Russia and China will more than likely keep any drastic changes from happening in the interim. Also in play is the role of super powers with military bases in the country, the United States and Russia. For the US, the Manas Transit Center, located outside the Kyrgyz capital Bishkek, serves as a vital hub for the ongoing efforts in Afghanistan. Stability in the country is crucial, but the Obama administration has been slow to react.

Gold is the main mineral resource for the country, but rare earth oxides and uranium are growing in significance. The main gold deposit in the country is the Kumtor mine, run by Centerra Gold (TSX:CG). The unrest in the country had little affect on operations at the mine, which has experienced increased production year over year. “During the second quarter, the Kumtor mine produced 90,050 ounces of gold, an 11% increase from the same quarter of 2009,” according to Dorothy Kosich, for Mineweb. The Kumtor mine produced 332,776 oz of gold for the first half of the year, an improvement over the same period in 2009 when 213,663 ounces was produced.

Rare earth exploration company Stans Energy Corp. (TSXV:RUU) took over control of the Kutessay II mine that produced 15 rare earth elements for the Soviet Union during the communist nation’s control over Kyrgyzstan. The company has yet to determine a production timeline, but is confident that due to the extensive former activity on the site the start up cost will be significantly less than other rare earth projects.

“The Soviets used the mine to supply their nuclear program and were running at a rate of 300,000 tons per anum of ore at an average grade of 0.41%, equivalent to 750 tons per anum of rare earth metal after recovery loses,” according to Stuart Burns, for Metal Miner.

The deposit is rich with the rare earth oxides in highest current demand including neodymium, dysprosium, and terbium. “Of the historical reserve estimates at Kutessay II, dysprosium represents 6.7% of total rare earths, with terbium making up 1.15% and neodymium representing 8.5%,” added Burns.

The company is also helping with relief efforts in conjunction with the unrest in the country by donating to Osh Children’s Orphanages. “Included in the donation were much needed diapers, soap, baby cream, medical supplies, food and financial assistance for the orphanage’s staff,” stated a recent press release.

The stability concerns in the Kyrgyz Republic are troubling. Ethnic unrest, political maneuvering, and the lack of a clear and transparent government are a significant risk. However, due to the geopolitical reality that the three major superpowers China, Russia, and the US all have a vested interest in the stability of the country, the possibility of a national takeover of natural resources is low. A new $200 million hydroelectric power plant was brought online in August, providing power needed for mining operations. “”Electricity and gold mining are the two wings of our economy,” stated sitting President Otunbayeva.