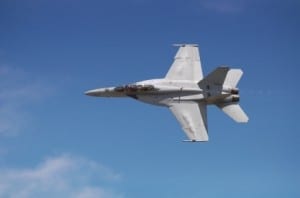 Magnesium isn’t heard about as often as other metals, but it is a crucial part of modern life. Magnesium uses involve everything from health supplements to large-scale industrial applications.
The mineral does not occur in isolation naturally, and it is most often used in alloys and in applications that combine it with other substances. Magnesium is lightweight and incredibly durable, making it an ideal substance for lighter-weight structural applications.
Magnesium that hasn’t been alloyed with other metals is highly flammable. However, that issue is mitigated when magnesium is combined with other materials. Furthermore, magnesium can provide substantial weight savings compared to certain metals in isolation.
To understand the continued demand for magnesium, investors should be aware of the numerous magnesium uses in industrial settings.
Magnesium oxide
Once magnesium has been burned, it leaves behind a white powder. This powder is known as magnesium oxide, and it is used in many industrial applications.
Magnesium oxide has an incredibly high melting point, which makes it valuable as a lining for crucibles, furnaces and other industrial objects that are regularly subjected to intense heat. The refractory properties of magnesium oxide help repel heat and contain fire.
Because of that consideration, magnesium oxide is used in the manufacturing of plastics, rubbers, cements and metals. Magnesium oxide also functions as an antacid, which is one of the myriad health benefits provided by the magnesium element.
Aerospace alloys
Planes and spacecraft benefit from even the smallest weight decrease, and magnesium alloys are used throughout the aerospace industry to make components that are stronger and lighter than components made of other metals. In the past, magnesium alloys were rarely used in airplane interiors due to flammability concerns, but improved alloys and a greater understanding of the metal’s properties have increased its use and allowed plane manufacturers to benefit from magnesium’s unique strengths.
Airplane exteriors already use magnesium alloys, but shifting regulations and developments surrounding alloy creation mean the metal will likely become a key part of plane interiors in the years to come.
The weight reduction improvements supplied by magnesium alloys are likely to enter many other fields as well. Everything from car wheels to bike frames could benefit from the inclusion of magnesium alloys, though high costs and issues with manufacturing have diminished interest in the metal in the past. New manufacturing techniques, including injection molding systems, are likely to enhance the viability of magnesium alloys in these types of applications.
Automotive parts
Magnesium has been used in the automotive industry since the 1920s, adding a competitive edge to race cars due to weight savings. As the International Magnesium Association notes, there’s been increased interest in magnesium uses for automotive applications as of late due to increasing environmental legislation surrounding auto emissions.
“Fuel efficiency, increased performance and sustainability are top-of-mind issues,” the organization states. “Magnesium is currently being used in gearbox, steering column and driver’s air bag housings as well as in steering wheels, seat frames and fuel tank covers.” Car companies that use aluminum in their products include Audi (ETR:NSU), Ford (NYSE:F) and Mercedes-Benz.
Sporting equipment
Magnesium is used heavily in sporting equipment since it is lightweight and has good impact resistance. The metal can also be formed into intricate shapes, making it ideal for tennis rackets, golf clubs, archery bows and more.
Magnesium alloys also have favorable damping effects, allowing them to help inline skates and bicycles absorb shock and vibration.
Magnesium batteries
As technology becomes more portable, battery capacity has become an important area of innovation. Magnesium has already begun to disrupt this space, and will be an important part of future battery developments.
While lithium-ion batteries are currently the battery of choice, they’ve made headlines for overheating from time to time, leading to dangerous fires. Magnesium-based batteries are less likely to overheat and offer improved energy capacity. This would be a boon for industrial and consumer applications, but the price and availability of magnesium remain problematic. Those issues, along with other technical considerations that are still being sorted out, are providing barriers to magnesium batteries gaining widespread adoption.
Still, magnesium could find its way into specialty battery applications in the near future.
Corrosion resistance on the horizon
Despite the massive weight savings provided by magnesium alloys, they have yet to find widespread use in some applications that are currently dominated by aluminum, steel and other metals. That is partially due to corrosion concerns — magnesium alloys generally feature metals that are prone to deteriorating after environmental exposure, which can be a problem in situations where durability is important.
That may change, however, with the development of new alloys that minimize the presence of corroding elements, according to Gizmag. These new metals could combine the weight savings of magnesium with enhanced durability, increasing the number of viable magnesium uses.
All in all, magnesium is likely to remain a critical element in manufacturing and other contexts far into the future, and the number of magnesium uses continues to expand.