Rechargeable lithium-ion batteries are the power source of choice for computers, smart phones and other mainstays of modern life. However, the battery landscape could change in the near future given recent developments in magnesium battery technology. 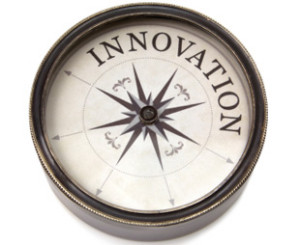 Rechargeable lithium-ion batteries are the power source of choice for computers, smart phones and other mainstays of modern life. However, the battery landscape could change in the near future given recent developments in magnesium battery technology.

Though magnesium has a number of benefits over lithium in terms of batteries, concerns about the reactive, multivalent nature of the metal have given most researchers pause — until now. Research released in October by the Lawrence Berkeley National Laboratory in California suggests that the problem might not be as serious as many believe.

The problem and the solution

However, the benefits of magnesium come with a new set of problems that have kept magnesium batteries from becoming commercially viable. As Berkley researcher David Prendergast told ECNmag.com, “[t]he catch for multivalent ions is that their increased charge draws more attention to them — they become surrounded in the battery’s electrolyte by other oppositely charged ions and solvent molecules — which can slow down their motion.” However, Prendergast and fellow researcher Liwen Wan have found that the issue “may be less dire than is widely believed.”

Using supercomputer simulations, the researchers found that the formations around magnesium ions are slightly less bulky than previously thought. The ions are likely surrounded by four counter ions or solvent molecules rather than six, meaning that magnesium ions might have an easier time moving through batteries. More research is needed, but the results could help battery designers explore further potential for magnesium.

In an article for ExtremeTech, Graham Templeton notes that magnesium is “much cheaper to acquire and use” than lithium. Furthermore, the author points out that Elon Musk has said that Tesla Motors’ (NASDAQ:TSLA) new gigafactory could be easily adapted to new technologies, leaving the facility open to making the switch to magnesium in the future.

It’s too early to tell whether recent advancements could eventually lead to a commercially viable magnesium-ion battery and improved demand for the metal. Still, there are certainly laboratories and companies tackling the issue, and those interested in the critical metals space will want to keep an eye on developments in magnesium battery research.