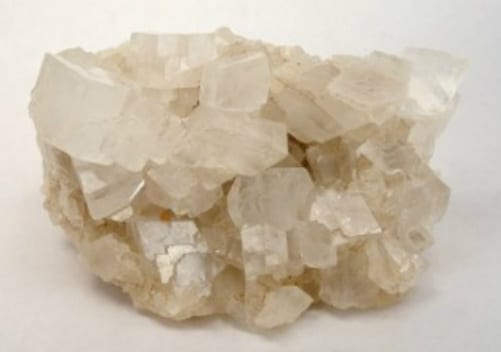 Magnesite is an important material in modern manufacturing processes, and can be found in items ranging from paper to animal feed.

What is magnesite? There are over 80 minerals that contain magnesium, but only six are used for magnesium production. One of those materials is magnesite. It is used in modern manufacturing processes and can be found in items ranging from paper to animal feed.

Formally known as magnesium carbonate, this white crystalline mineral is found around the world, and its properties make it an invaluable tool in several fields. Here’s a look at a few magnesite basics that industrial metals investors need to know.

What is magnesite? Properties and uses

Raw magnesite forms as a white, gray or brown porous crystal. In its purest forms, the mineral contains nearly 50 percent magnesium, which makes it ideal for producing magnesium for use in aluminum alloys and other applications.

Magnesite is visually indistinguishable from dolomite, and the two are the most commonly used minerals in magnesium production.

In addition to being flame and heat retardant, magnesite products may also be used as filler in everything from fertilizers to textiles. Overall, the material’s uses are varied and constantly expanding.

The magnesium produced from magnesite is used in a variety of industrial and consumer applications. Aluminum alloys that incorporate magnesium display enhanced strength and reduced weight, which makes them ideal for use in factory machinery and other high-stress situations.

What is magnesite? Extraction and processing

There are multiple ways to extract magnesium from magnesite. Under the most common and least expensive method, producers heat the mineral to between 1,200 and 1,600 degrees Celsius, reducing the magnesium to a vapor. Once this gas is chilled and condensed, it can be cast into pure magnesium.

This type of thermal extraction is a major contributor to global warming and produces a substantial amount of waste material. While electrostatic magnesium extraction methods offer a more environmentally friendly way to separate magnesium from magnesite, they are significantly more expensive to implement.

Perhaps more importantly, in addition to magnesium production, magnesite is used to make magnesium oxide, or magnesia. Specifically, dead-burned magnesia and fused magnesia are important refractory materials used in kilns and furnaces for processing everything from cement to nonferrous metals.

Caustic calcined magnesia is used in fertilizers and wastewater treatments, but overall the refractory industry is the most significant driver of magnesia demand.

What is magnesite? Mining and operations

Magnesite is generally mined through open-pit operations. This model does not require the drilling needed for other types of mining projects. It’s also well suited to magnesite, which is more commonly found closer to the surface than deep underground.

Often the overburden for deposits is minimal, with overburden levels for some mines in Australia averaging just 4 meters. That allows miners to procure large amounts of magnesite with minimal waste.

China dominates global magnesite production. In 2017, the country extracted just shy of seven times as much of the mineral as Turkey, the world’s second-largest producer. Other top magnesite producers include Russia, Brazil, Austria and Slovakia.

China’s position as the world’s top magnesite producer allows the country to essentially control the price of magnesium. New Chinese regulations that enforce more environmentally friendly processing and mining systems should increase the cost of Chinese magnesite and magnesium, but it will still be difficult for producers outside of the country to compete with low-cost Chinese production.

Still, should China decrease supply, there could be space in the market for those outside of the country. “As additional magnesia capacity is installed in the rest of the world, export dependence on China is expected to decrease,” a Roskill report states. Certainly, investors interested in the industrial metals space will be keeping an eye on the magnesite industry outside of China to see how things develop.

This is an updated version of an article originally published in 2015 by the Investing News Network.

7 responses to “What is Magnesite?”