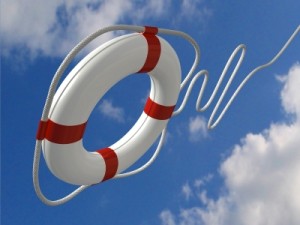 Today’s mining industry is a paradox, at least according to Glenn Ives, chairman of Deloitte in Canada.

Speaking to a reporter at the recent PDAC conference in Toronto, Ives said that metals demand from Asian economies will remain strong, supporting the need for new mining operations.

However, he pointed out that skyrocketing capital and operating costs are squeezing profits for many mines, prompting majors to rethink new start ups — especially large ones.

He noted that the mining industry is in need of a “revolution”:  a change — or series of changes — in business practices aimed at decreasing the industry’s cost structure.

But what could create such radical savings? Below are four areas miners are looking at as potential game changers for the cost-pressed sector.

Ives suggested that energy inputs are one of the best places to start cutting mine costs.

For instance, miners should try to reduce their use of expensive diesel in favor of “electricity, natural gas, wind and solar on site,” he suggested. Indeed, estimates indicate that diesel can make up 30 percent of overall costs at large, open-pit mines.

NGV applications for heavy equipment are also advanced. In the petroleum sector, major gas producer Encana (TSX:ECA) has already revamped many of its drill rigs to run on liquefied natural gas rather than diesel.

The switch has created fuel savings of $500,000 to $750,000 per year for normal-sized rigs, according to a recent report by Alberta Venture. Large rigs can save over $1 million per year.

It should be easy enough to apply similar NGV technology to mining equipment. However, the scope of potential savings for the mining industry could be limited.

The approach works for Encana because it operates in Western Canada, where gas is plentiful. But in Europe, Asia and increasingly South America, gas prices are up to 10 times higher than they are in North America.

In fact, in many parts of the world, gas prices are still linked to oil prices, meaning that where diesel is expensive, gas is costly too.

Go where the power is

Ives’ suggestion that miners look at electrical power for mine vehicles is also a site-specific remedy.

In mining jurisdictions like South Africa and Chile, power prices run near or over 10 cents per kilowatt hour. And South African power producer Eskom recently proposed raising power rates by as much as 16 percent yearly through to 2017.

In such areas, using electric power to run vehicles might not provide substantial savings. Further, electrical infrastructure can be costly for projects in remote locations.

But miners may make headway on costs by hand-picking projects in places with low power costs. For example, the energy-intensive aluminum industry has for years been relocating smelters to cheap-power havens like Iceland.

Of course, you can build a smelter nearly anywhere. For mines, you have to go where the ore lies.

But certain mining locales are better than others for power costs. While South Africa and Chile are on the expensive side, places like Norway, British Columbia and Colombia are blessed with abundant and cheap electricity.

BHP Billiton’s (NYSE:BHP,ASX:BHP,LSE:BLT) Cerro Matoso nickel mine in Colombia pays just 5.4 cents per kilowatt hour for its electricity — and that’s after a 55-percent increase in power prices since 2006.

British Columbia enjoys similarly low power costs. A major reason behind Rio Tinto’s (ASX:RIO,NYSE:RIO,LSE:RIO) purchase of aluminum producer Alcan in 2007 was its desire to tap Alcan’s “reliable access to cost-effective electricity” in BC.

Both of these regions hold ample mineral endowments, meaning that they, and other such areas, may be increasingly favored by mine developers looking to save money through cheap power.

Mining jurisdictions that don’t enjoy naturally cheap power may have to create it. One of the leading ways to do so is through atomic energy.

Various designs for small-scale nuclear reactors have been in the works for decades. But recently, high energy prices have pushed the development of portable atomic technology.

Toshiba (TSE:6502) is knee deep in the development of such a unit for the Canadian oil sands, according to a recent article in the Huffington Post.

The small-scale nuke was reportedly commissioned by an unnamed oil sands company. The unit would generate between 1 and 5 percent of the power created by a full-scale nuclear reactor.

The equipment would not need refueling for 30 years, making it a long-term power solution for creating the heat and steam needed for oil sands production.

That is not an immediate power solution — Toshiba has stated that it hopes to have the nuclear unit available for field deployment by 2020.

But the seven-year gap between now and then would be well within the lead time for many new mega-mining projects, meaning that proposed projects could consider the nuclear option as part of their feasibility and construction studies.

Automation may also create energy cost savings at existing and future mines, according to an article published this month in the journal Nature.

The article looks at new technologies being developed for deep, expensive mines in South Africa, nothing that one of the leading areas of research is robotic mining.

Robots are able to work unhindered in the searing heat found in South Africa’s far-below-ground mines, notes the article. Mining this way would avoid the substantial costs — largely linked to electrical power — associated with cooling and ventilation.

When dealing with humans, even one lost to unsafe conditions is unacceptable. But with robots, safety becomes a cost trade-off. Mining companies using robots would have to spend enough to prevent expensive losses of equipment through cave-ins and other mishaps, but the significant expenses involved with zero tolerance would no longer be necessary.

The article notes that researchers at Queen’s University in Canada have made good progress in teaching robots how to mine.

Those researchers have said that automated trucks are already good at hauling and dumping ore, although work is required to help them with the loading process.

The group is also working with laser scanners to help robotic vehicles figure out where they are underground — GPS doesn’t work below hundreds of meters of rock.

Mining Trends to Watch in 2013