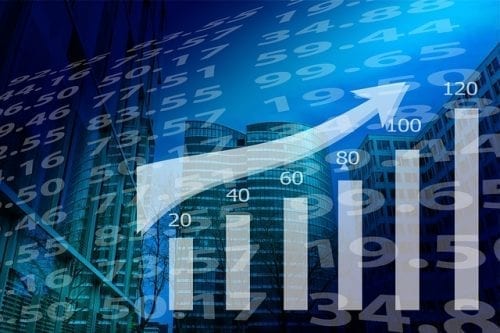 While every investor dreams of getting in on top-performing mining companies before they balloon, there are a few things to keep in mind along the way. Here are some tips on how to choose a top stock.

In a market filled with volatility, uncertainty and curveball highs and lows, it’s inevitable that many mining companies won’t make it out in one piece.

However, that then begs the question — what’s the key to keeping a company’s shares in the green? How can shareholders invest and know their picks will remain top dollar?

Few are able to get their hands on big-name mining stocks before they become too expensive, but with the right approach it’s possible. We asked two experts for their advice — here’s what they said.

It also saw a 2,351-percent increase in its market cap during that same timeframe.

For a junior mining company, those are some big numbers. According to Andrew Pollard, president of the Mining Recruitment Group, Garibaldi’s run is a perfect example of how a fresh idea, project or angle can create a rapidly evolving bandwagon effect among investors.

“They were able to … capture lightning in a bottle with their [E&L Nickel Mountain] project,” Pollard said. “The idea there was a project that the market had missed in a good jurisdiction that would seemingly possess untapped potential. And in this case, it was the excitement and the euphoria that got people piling in because they wanted to beat everyone else and say that they were an early investor.”

The company acquired the BC-based E&L nickel–copper–gold deposit in June 2016. According to Garibaldi, no documented exploration work had been conducted at the site since 1990. However, strong drill results after the site’s acquisition led a sea of curious investors who helped finance both the company and its projects in late 2017.

Choose a top stock: Fresh ideas to the table

In the case of Garibaldi, investors were able to place their confidence in the promise of ongoing work and soon-to-be unearthed potential. Similarly, those who can pinpoint a fresh idea — whether that be a project, product or simply an innovative approach to one of the two — are likely to reap serious rewards.

“The secret sauce is finding the diamond in the rough or the needle in the haystack that isn’t just a recycled project,” Pollard said. “It’s about finding companies doing something new or working on something new, but also trying to stack the odds in your favor.”

Pollard touched on the emergence of lithium in recent years as an example of how new ideas and products, such as the growing market for electric vehicles, can propel a previously quiet commodity.

“Up until a few years ago, [lithium] just wasn’t a sector that really had any sort of following whatsoever. [It] took a new company that came out … [and] they spoke very little about their project and focused all of their attention on what the overall implications of new technology, in terms of the switching from gas-powered cars to electric cars, would mean to the lithium market.”

Equally important to innovation, however, is a company’s ability to deliver on its promises.

Daniel Glazerman, vice president at Evans Investment Counsel in Toronto, told Investing News Network (INN) that investors need to feel they can rely on their stocks to perform as predicted.

“The market does not like surprises,” Glazerman said. “A lot of sophisticated investors and investment firms are obviously looking for a company that says they’re going to do something and then they’re able to deliver on that promise.”

Choose a top stock: Riding the highs and lows

Any company can face market volatility based around a handful of reasons, whether it’s a scandal surrounding its operations similar to Facebook (NASDAQ:FB) and Cambridge Analytica, or simply handling the ebb and flow of commodity values.

While the common thought process is often to sell shares when a company hits a rocky patch, Glazerman believes that it’s up to the investor to ensure their success by making logic-based decisions.

“The average investor lets emotion dictate many of their investment decisions rather than it being a fundamental decision,” he explained.

“And investment success is, in large part, controlled by keeping your emotions in check.” Glazerman added, “there’s so many factors and considerations that you need to put into a buy-and-sell decision when it comes to stocks, and emotional decisions based on one tidbit of information or on a moment of consumer sentiment on a stock is not a sound investment thesis.”

He went on to liken the process of buying and selling stocks to marriage and divorce, explaining that investors need to sit down and think through their decisions before moving too quickly only to later realize they’ve made a mistake.

“You give thought and consideration and you do your due diligence before you marry someone, generally speaking, and the first sign of a fight doesn’t necessarily dictate that you get a divorce or separation,” he told INN.

“You need to figure out why something’s happened and the long-term ramifications of this decision or of this problem. How’s it going to impact the company? And really be thoughtful about it rather than just [saying], ‘okay. Well, they missed earnings. I’m going to sell the company.’”