China’s investments in Africa’s mining industry continue to rise sharply. Today we look at the effect this activity is having on the continent, its miners and the global mining business as a whole. 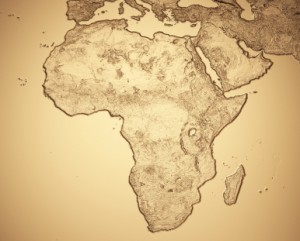 The potential deal highlights two big factors that are driving China’s growing investments in African mining: the country’s exploding wealth and its frequent use of state-sponsored investments to make acquisitions. China is already the world’s leading gold producer, with about 360 tonnes of output in 2011. But domestic demand keeps rising, thanks to strong sales of jewelry and more Chinese investors using gold as a hedge against inflation. As a result, China consumed 800 tonnes of gold in 2011.

For Barrick, a deal could mean unloading an underperforming asset at an attractive price. According to the company’s second quarter earnings report, African Barrick’s costs continue to rise due to higher power rates and lower grades at its Buzwagi mine.

“Discussions are at an early stage, and there can be no certainty that these discussions will result in the acquisition,” said Barrick Gold in an August 16 statement.

If a deal is completed, African Barrick will be the latest addition to China’s surging investment in Africa’s mining industry; last year, it reached $15.6 billion, with seven projects worth more than $1 billion each. The total amount is up tenfold from 2010, according to the China Mining Association.

China is building on its long-standing trade relationship with Africa

The reason behind China’s rising interest in Africa’s resources is obvious: the country needs to secure a steady supply of commodities to fuel its rapid growth. This year, China’s economy is forecast to expand at a rate of 7.7 percent, Deutsche Bank reported. That’s down from last year’s 9.2 percent rate, but it’s still very high by global standards.

China became Africa’s largest trading partner in 2009. According to the Chinese Ministry of Commerce, trade between China and Africa climbed to $126.9 billion in 2010. China also relies on African nations for one-third of its imported crude oil.

Further, the country has built a lot of good will in Africa because it has made huge investments in infrastructure, including power lines and roads. In addition, these projects typically come with no strings attached. That’s unlike many Western countries, which tend to tie their investments to human rights and other political goals.

One of the biggest recipients of Chinese mining investment is the African nation of Zambia, particularly the country’s copper mines, which are a huge contributor to its overall economy: the metal accounts for 75 percent of Zambia’s total exports and two-thirds of the central government’s revenue.

So far, China’s mining firms have invested $1 billion in Zambia’s copper sector. That has helped the country boost its copper production and create jobs. But it’s not all a good-news story. In late 2011, Human Rights Watch issued a scathing report on Zambia’s copper industry that accused Chinese firms of a number of abuses, including forcing workers to work 12- to 18-hour shifts (Zambian law limits shifts to eight hours) and endangering miners’ health and safety by failing to replace damaged equipment and providing inadequate ventilation underground.

Allegations like these are raising concerns that China is simply exporting its weak domestic labor practices abroad. In a November 2011 article in The Guardian, Daniel Bekele, Human Rights Watch’s Africa director, said, “Many of the poor health and safety practices we found in Zambia’s Chinese-run mines look strikingly similar to abuses we see in China. Respecting labour laws and ensuring workers’ safety should be standard operating practice both in China and abroad, not treated as an irritating barrier to greater profits.”

Meanwhile, earlier this month, workers at the country’s Collum coal mine killed a Chinese supervisor in a dispute over wages. The miners were reportedly demanding that the mine’s Chinese owner increase their pay in line with the new minimum wage passed by the government in July.

So where does all this activity leave other mining companies operating in Africa? In a tough spot, according to a just-released report from National Bank Financial analysts Pierre Fournier and Michael Fini. That’s partly because state-backed Chinese companies have the financial muscle to outbid other miners for attractive properties.

In the report, Fournier and Fini write, “This poses a serious medium to long-term risk for miners with African-focused growth plans, as they will be hard-pressed to successfully compete with politically connected and capital-flush Chinese firms.”

In addition, China’s efforts to curry favor with all manner of African regimes could leave Western miners out in the cold, particularly in more corrupt countries. An extreme example of that occurred in 2007, when the government of the Democratic Republic of the Congo seized two mining permits held by Toronto-listed Katanga Mining (TSX:KAT) and handed them over to Sicomines Company, a joint venture partly owned by a Chinese firm.