Many companies have reported positive results in their on-going mining programmes for vanadium. But supply of this minor metal from South Africa may run into problems due to a political controversy brewing there. 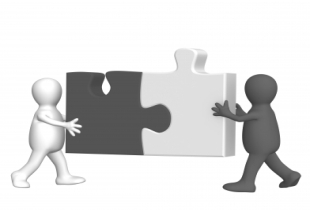 There has been noticeable movement, some up, some down, in the world of vanadium in the past week. While European markets were on the way to a surge in the prices of vanadium alloys, bucking the trend, the Chinese vanadium prices slipped, raising a few eyebrows.

News reports from Beijing suggest that the dip came after a slump in demand from steel markets and a sluggish molybdenum market. According to sources, the Chinese domestic steel industry is facing a hard winter so mills had slashed their purchases of vanadium alloys. 50 per cent grade ferro-vanadium was trading at RMB112,000/tonne ,  before 20 per cent export tax this week compared to RMB 112,000-115,000/tonne.

Despite this, European and the US markets are hopeful of a good start to February.

Speaking of China, the Panzhihua New Steel and Vanadium Co Ltd this week announced that it may record a net loss of RMB 1.4 billion (approximately $205 million) for 2009, with basic earnings per share of  RMB 0.24, the second consecutive loss, year-on-year. The Corporation will receive a ‘risk of delisting’ warning from Shenzhen Stock Exchange for its losses recorded both in 2008 and 2009. In 2008, the producer had posted a net loss of RMB 454 million, with basic earnings per share of RMB 0.14. Thus, the company’s losses increased in 2009, even though it completed a reorganization of its assets last August.

The company attributed the losses to several factors including the reconstruction of its Chengdu and Jiangyou subsidiaries after the 2008 Sichuan earthquake disaster, and the substantial decline in prices of steel, vanadium, titanium and other major products.

Meanwhile, in far off South Africa, the youth wing of the nation’s ruling African National Congress has sparked off a new controversy. It now wants the government to nationalize the country’s mines and metal smelters, in some cases without compensation, according to a story released by agency Bloomberg News.

The news report said at a two-day meet held mid-week, the ANC Youth League discussed bringing all mineral operations, “including exploration, extraction, production, processing, trading” and using the commodities to make finished products, under the control of a newly formed state mining company, related to vanadium, gold and other metals, it said in the document.

Then, a policy maker said mines would not be nationalized.

“South Africa is becoming the corporate captain of Africa because it has more pan-African companies than any other country in Africa and this gives it a seat at the table of the Brics,” says Michael Power at Investec Asset Management in Cape Town.

Companies including Anglo American Plc and BHP Billiton Ltd own mines and metal smelting assets in the country.

South Africa’s mining industry employs more than 400,000 people in a nation with an unemployment rate of 24.5 per cent. The country is the world’s biggest producer of platinum, ferrochrome, manganese and vanadium.

But on the good news side, there have been some success in vanadium assay results announced by some companies.

The 2010 resource definition drill program will focus on the Manga zone which has a high-grade core that is open along strike and at depth, and has been defined over a strike length of 500 metres. The 2010 program is expected to commence in May after the end of rainy season, and will focus on expanding the zone over a strike length of 3,000 metres.

Energizer has said in a statement that it had initiated discussions with Asia Thai Mining (Pan African Mining), one of two companies that was developing the large Sakoa coalfield located approximately 30 kilometres northwest of the Green Giant Vanadium Project. Asia Thai Mining had informed the company that the development of the coal project was expected to commence in early 2010 and would include a new port facility, road and railroad from the coast to the coal field, a coal-fired power plant to generate electricity and a major water pipeline.

Mineral exploration company NiPlats (ASX: NIP) has announced the completion of Phase II of the 2009 exploration programme at tenements in the East Kimberley region of Western Australia, in its report of the latest quarter. The NiPlats tenements are located approximately 110 kilometres southwest of Kununurra and 110 kilometres south of the port of Wyndham in the Kimberley region of Western Australia.

NiPlats is a mining and exploration company whose prime focus is the definition and development of its vanadium – platinum and fluorite discoveries in the East Kimberly region of Western Australia.

The focus of the past 12 months exploration has been to provide both RC and Diamond Core drilling data to support a pre-feasibility study with the ultimate goal of providing a viable vanadium project at Speewah. The studies are nearing completion and will provide estimates of capital and operating costs, and a Net Present Value of a vanadium project by the end of the financial year June 2010, the company said.

Update on the Ring of Fire disruption

Last week, we had reported that Noront Resources Ltd (TSX Venture: NOT), a company focused on multiple, high-grade nickel–copper-platinum-palladium, chromite, gold and vanadium discoveries in an area known as the “Ring of Fire”, a multi-metals district located in the James Bay Lowlands of Ontario, Canada, had announced its support for the actions of the Marten Falls First Nation at the Ring of Fire.

The latter had earlier announced that it was implementing a logistics halt, which would deny companies operating in the Ring of Fire, access to the ice landing strip at Kopper Lake.

This week, Noront Resources said the disruption had forced it to temporarily suspend its winter drill program and reduce manpower levels. But even though drilling had been temporarily suspended, Noront was confident that a negotiated settlement would be made soon, and that the planned drilling for 2010 would be completed.

Noront’s technical staff, both at camp and at its head office, are actively updating geological and geophysical models, reviewing results from the fall program, initiating sampling of the newly discovered Triple J gold zone and initiating a preliminary evaluation of the Eagle’s Nest resource.

Ma Zhaoyang, chairman of Sino Vanadium, commenting on the report, said, “The corporation is very pleased with the positive results of this study. We are actively proceeding to a `pre-feasibility’ study to further confirm the project economics. Additional core drilling as recommended in the September 2009 NI 43-101Technical Report are also in progress in order to upgrade and expand the existing resource and confirm higher-grade zones of mineralization.”

The property contains a world class vanadium deposit that the management first recognized in 2007. The corporation is working towards commissioning a prefeasibility study on the property. In the near term,  the corporation was also reviewing potential acquisitions of additional vanadium exploration and development properties.

The new company capitalization has swelled from CNY 3.626 billion to CNY 6.877 billion, an increase of about 90 per cent, and its steel capacity has been pushed up 100 per cent at 20 mln tonnes.

Many in Chinese metals circle believe that the status of Hebei Iron and Steel Group in the steel industry has been upgraded thanks to the merger and acquisition (M&A). In addition, its product varieties will turn more various with a higher market share, covering rebar, wire rod, section, HR and CR sheet, medium plate and high strength steel products bearing canadium and the proportion of high end products will also be augmented.

The market value of the new Hebei Iron and Steel Co Ltd is CNY 48.8 billion equivalently just CNY 2440 per tonnes in relation to its annual capacity of 20 million tonnes far less than the current averaged CNY 3570 per tonne in the market.

Once the next M&A plan is accomplished, Hebei Iron and Steel is likely to edge out Baosteel as the largest steel mill in China, said the news report.