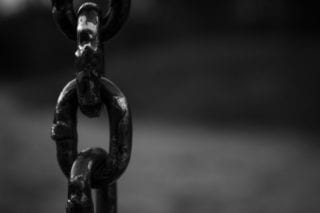 North America is without a domestic manganese supply chain, and that poses significant problems for economic growth on the continent.

North America is without a domestic manganese supply chain, and that poses significant problems for economic growth on the continent. While 90 percent of manganese is used for making steel, the battery industry is its second-largest consumer — the space is attracting more and more attention from investors who understand the uses of critical metals like manganese in the production of batteries for electric vehicles (EVs) and other renewable energy applications such as electricity grid storage.
Rising demand for manganese-based batteries for these applications is expected to translate into strong demand for electrolytic manganese dioxide (EMD), an upgraded form of manganese that is a key ingredient of lithium-ion, alkaline and zinc/manganese batteries.
Manganese plays an important role in steelmaking due to its ability to combine with sulfur. When manganese is added to molten steel, it increases the alloy’s strength and makes it more resistant to impact. In fact, steelmaking is impossible without manganese; for every tonne of iron, 10 to 20 pounds of manganese must be added, making it the fourth-most-traded metal commodity in the world. Only aluminum, iron ore and copper are more widely used. As a steel alloy, there is no substitute for manganese.
Manganese ore is produced mainly by four countries: South Africa, Australia, China and Gabon. Out of a world market of 33.7 million tonnes, 35 percent is mined in China, 16 percent in South Africa, 13 percent in Australia and 9 percent in Gabon. Some manganese deposits are rich enough in manganese to direct ship the ore, while for others the manganese content is lower, meaning the ore must be beneficiated to improve its grade before being sent on for further processing. Manganese is smelted to form ferromanganese and silicomanganese, alloys that are used in steelmaking.

North America is 100 percent dependent on manganese imports for its steel and battery production — a unique and potentially destabilizing situation considering the critical need for battery technology, the vulnerability of the US steel industry and the continent’s dependence on major manganese producers like South Africa and China. North America’s lack of a domestic manganese supply chain has been compared to the stranglehold the Arab states had over the American oil market in the 1970s.
The US has no manganese reserves and no producing mines, a situation echoed in most industrialized countries, including those in Europe. The problem is partly related to geology, although that is not the complete picture. According to the US Geological Survey, manganese ore containing 20 percent or more manganese has not been produced in the US or Canada since 1970. At that time, most manganese was consumed by steel plants in the Eastern US and Midwest — either to make pig iron or by upgrading the ore to ferroalloys. Other uses were in dry cell batteries, plant fertilizers, animal feed and as a brick colorant.
All the high-grade (over 20 percent) manganese ore was mined out, leaving just the low-grade material. It is considered too expensive to mine given the lower-cost and easier alternative, which is to import it. The US previously had a manganese stockpile, but it has since been depleted.

Manganese X Energy Corp. (TSXV:MN) is a Canadian based company focused on acquiring and advancing North American resource projects with the potential to supply ethically-sourced value added materials to the lithium-ion battery and renewable energy technology markets.Send me an Investor Kit
While that doesn’t seem like a big issue — after all, the US imports other metals considered critical for economic and military purposes, including rare earths, cobalt, chromium and platinum — the lack of a domestic manganese supply chain could upend the US economy in ways that are not currently being foreseen or appreciated, says Rick Mills, a BC-based mining analyst and publisher of Aheadoftheherd.com.
“What people need to realize is that without manganese you can’t make steel,” says Mills. “If Gabon quit shipping in their ore or we had a problem with South Africa, we don’t have a steel industry anymore.”

The North American manganese market is tiny — just half a million tonnes per year. Most of that goes into steel, with the remainder sold to the battery industry. For the latter, China is the almost exclusive supplier, having cornered the market for EMD. The US is the world’s largest consumer of EMD and China supplies 97 percent of it.
But with tensions between the US and China growing, epitomized by the recent decision by the Trump administration to slap tariffs on Chinese stainless steel, the US needs to be careful about potential counterattacks from the Chinese where they are most vulnerable: EMD.
“The Chinese have the US over a barrel. Slowly people are waking up to the fact that we have about 19 minerals for which we are 100 percent reliant on Russia and China. Manganese is a big one,” says Mills.
Indeed, manganese is a critical link in the lithium-ion battery supply chain that is driving the adoption of EVs. According to Tesla (NASDAQ:TSLA) CEO Elon Musk, energy storage is “the last vital piece” needed to wean the global economy off fossil fuels and enable widespread adoption of EVs and renewable energy.
While the North American manganese market is small now, it has huge potential considering the growing popularity of EVs that run on batteries made from lithium, nickel, cobalt and manganese — which is increasingly being seen as a leading-edge metal for battery production.

Tesla currently uses nickel-cobalt-aluminum (NCA) batteries for the EVs at its gigafactory in Nevada, but new batteries made from nickel, manganese and cobalt (NMC) have a lower raw material cost, reduced charging time and a longer lifespan. Manganese sells for less than $1 per pound versus around $14 per pound for cobalt, allowing for a much cheaper battery, which in a Tesla accounts for half the price of the vehicle.
The company may soon be switching to manganese-based batteries, having signed a five-year partnership with Dr. Jeff Dahn of Dalhousie University, a prominent NMC battery researcher who has been tasked with reducing battery costs for Tesla.
Other large purchasers of new battery technology are shifting to NMC batteries, including 3M (NYSE:MMM), BMW (ETR:BMW), General Electric (NYSE:GE) and Duracell.
Mills note that while Tesla gets all the hype when it comes to EVs, there are other gigafactories being built in China and India that are all planning to use manganese in their electric car batteries.
He says that Tesla’s current choice of cobalt as a battery ingredient is problematic, not only for its expense, but due to its fragmented supply line. “If Tesla was to build their batteries with cobalt, they would need something like 30 different mines because none of them are primary producers. Cobalt is basically pricing itself out of the market.”
The concern is that if and when the electric car revolution finally gets underway in North America, companies like Tesla will have to go cap in hand to foreign suppliers of manganese for such a critical component of their cars because there won’t be any battery-grade manganese available domestically.
Investors keen on taking advantage of the inevitable gap between manganese supply and demand are looking for pure-play manganese projects with the ability to supply the domestic market. “It’s just not something that’s common. If you can find a decent manganese deposit in North America, you’re going to have the world beating on your door,” says Mills.
This is an updated version of an article first published by the Investing News Network in June 2017.
This INNspired article is sponsored by Manganese X Energy (TSXV:MN). This article was written according to INN Editorial standards to educate investors.