In the past three days, Sociedad Quimica y Minera, the world’s largest lithium producer, has reported a change of CEO, the resignation of three directors representing Potash Corp of Saskatchewan and the provision of information to Chile’s internal revenue service. 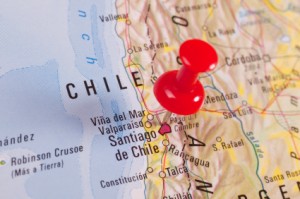 In the past three days, Sociedad Quimica y Minera (NYSE:SQM), the world’s largest lithium producer, has reported a change of CEO, the resignation of three directors representing Potash Corp of Saskatchewan (TSX:POT) and the provision of information to Chile’s internal revenue service.

That’s quite a string of press releases, and most are related to a wider investigation into bribery and tax evasion that’s also looking at possible illegal campaign finance contributions to Chile’s right-wing UDI party by financial firm Banco Penta.

According to Reuters, Penta was formally charged with bribery and tax evasion at the start of the month, and the handling of the probe by Chile’s government has “left Chileans feeling betrayed.” Popularity of the party has slipped as of late along with broader coverage of the news, leading UDI president Ernesto Silva to resign last week.

Meanwhile, the probe is also looking into a payment allegedly made by SQM to the sister-in-law of Pablo Wagner, who ran for senate in 2009 and became deputy mining minister for the country in 2010, the Globe and Mail reported. The investigation is looking at whether that payment was used to fund Wagner’s election campaign.

SQM previously won an injunction in to avoid a raid on its offices as part of the investigation, but according to Bloomberg, directors of the company clashed over how to approach the situation. The directors appointed by Potash Corp. wanted SQM to cooperate with prosecutors. SQM CEO Patricio Contesse, who won the injunction, was terminated on Monday and the company subsequently agreed to voluntarily provide all information requested by the public prosecutor in Chile.

However, that didn’t stop the directors representing Potash Corp, from resigning from SQM’s board on Wednesday, citing dissatisfaction with the process chosen by the company.

“The Chilean Public Prosecutor has made serious allegations of wrongdoing by SQM and its management,” Potash Corp’s release read. “SQM’s board has not authorized a review which meets the standards we expect despite consistent efforts by our board representatives. Likewise our board representatives’ emphatic requests that SQM fully and voluntarily cooperate with competent authorities, particularly in the case of the request by the Office of the Public Prosecutor for a voluntary delivery of information, have been rejected by a majority of the board.”

SQM announced Wednesday that it had initiated its own internal investigations into the process and created a special committee to complete an independent report. The committee includes consultants from both Chile and the United States. Certainly, those with an interest in the lithium space will be watching for more news from the major producer to see what happens next.

In addition to it’s lithium production, SQM is also the world’s largest maker of iodine and a major potash producer. Shares of the company have fallen roughly 11.8 percent or $5.49 in the past month, and were most recently trading at $41.11.