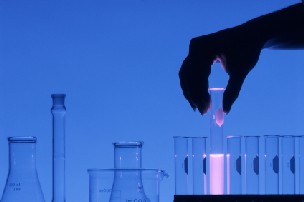 Under a signed agreement, the two companies will collaborate on efforts to develop and produce lithium batteries for energy storage, which can store up to 1,000 times more energy than electric vehicle batteries, SK Energy said in a statement on December 28. The company was chosen as a supplier of lithium-ion batteries for a hybrid electric vehicle project for the Daimler (PINK:DDAIF) unit Mitsubishi Fuso last year, and for Hyundai Motor and Kia Motors electric vehicles in July.

South Korea is expecting global demand for lithium to increase and according to the release earlier this month the government aims to boost supplies from its mineral interests up to 10 percent of annual requirements next year from 5.5 percent this year. The country is planning to build a facility in the second half of next year to store strategic metals such as lithium, with a capacity of 35 days of consumption.

South Korea’s advanced lithium battery manufacturing represented 18 percent of global market share last year, a solid increase from just 6 percent in 2002. Historically, the country has demonstrated significant prominence in the field along with China and Japan, together accounting for as much as 98 percent of the market last year. While Japan’s leadership within the market will remain significant in the near term, analysts have suggested the country is gradually losing market share. Japanese manufacturing controlled 55 percent of global advanced battery production last year, down from 78 percent in 2002.

Despite posting a 21 percent increase in revenue, lithium battery manufacturer Electrovaya Inc. (TSX:EFL) reported a loss in the fourth-quarter. Electrovaya reported a $501,000 shortfall, or a penny per share, in the quarter ended September 30, compared with a profit of $549,000, or a penny per share in the same period last year. Revenue increased from $1.4 million to $1.7 million. The company reported a net loss of $2.4 million or three cents per share, for the full year 2010, compared with $577,000, or one cent per share, in fiscal 2009. Revenue rose 33 percent to $5 million from $3.7 million.

Earlier this year, Electrovaya won a contract with Chrysler Group LLC to provide lithium-ion batteries for a plug-in hybrid version of the auto maker’s Dodge Ram pickup truck.  The company also appointed former Chrysler president Tom LaSorda as a special adviser to its Chief Executive Officer Sankar Das Gupta and a member of the company’s board of directors.

The market has reacted optimistically to the earnings news sending the share prices up 2.5 percent to the current $2.53 range. The weighted average Byron Capital Markets Lithium index which is composed primarily of lithium mining companies has also demonstrated strength over the same duration with a 1.2 percent appreciation.

Continued Support for US Battery Manufacturers

A privately held developer of technology for the lithium-ion battery market, ActaCell announced that it has received $3 million in funding from the US based Department of Commerce’s National Institute of Standards and Technology (NIST). According to ActaCell, the funding will go towards production scale up of its nanocomposite alloy anode materials for lithium-ion batteries. ActaCell said the funding comes form the NIST’s Technology Innovation Program (TIP).  The TIP promotes and accelerates innovation in United States’ enterprises via high-risk, high-reward research in areas of critical national need. A focus is maintained on the agility and flexibility to make targeted investments in transformational research and development in order to expose sustained technological leadership.