Companies are shoring up on lithium and even nations are edging out competitors. After all, who doesn’t want to be king? 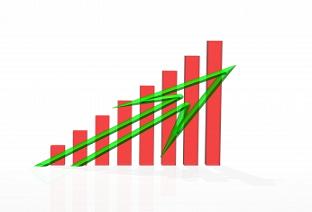 All the action has moved to lithium. With the mining industry in Canada experiencing an unprecedented resurgence, companies are realizing the importance of the National Instrument 43-101 – Standards of Disclosure for Mineral Projects (NI 43-101).

Scores of lithium majors are happily adhering to it,

It is not just another level of regulatory procedures for exploration and mining companies. NI 43-101 provides a clean chit to the company and for scores of its investors, who can heave a sigh of relief and invest in the firm.

Many lithium majors are eager to toe the line.

Brian Buchanan, president of Spire stated, “Management feels that lithium will be a commodity in greater demand in the future and, therefore, felt it prudent to acquire a sizeable contiguous block of prospective lithium property at this time.”

There is clearly a new demand for lithum and the firm is leaving no stone unturned in cornering supplies.

First Gold Exploration Inc (TSX V:EFG) has started digging on its Pivert/Rose lithium property and has noted that every sample has tested positive for Li on its 50.3 square Km. property.

For the firm, Jean-Sebastien Lavallee, a Qualified Person under NI 43-101, has reviewed and approved the technical content.

The company could start producing gold in 2010 from its 50 per cent interest in the Croinor property in the Abitibi region of Quebec.

The company has a 85 per cent option in the Pivert/ Rose Lithium project in the James bay area of Quebec, 50 per cent option on the Matchi Manitou base metals project in Val Dor Quebec and in the San Javier silver property in Mexico, a past producing mine site.

Also announcing results on its Quebec lithium property is Mineral Hill Industries Ltd (MHI) which has received an independent NI 43-101 technical report, pertaining to the mineral potential of three lithium and molybdenum properties located in the Abitibi subprovince of Quebec and associated with the Preissac-Lacorne Batholith Complex.

The assay results indicate an average of 2.12 per cent lithium oxide (Li2O) and anomalous values of other rare earth elements.

Six of the eight areas have cumulative historical resource estimate of 9 million tons at 1.14 per cent lithium oxide.

Fieldwork was carried out in September 2009. A total of 23 samples were collected from four claim blocks, out of which 14 lithium bearing samples contain grades from 1.16 per cent to 3.34 per cent Li2O, 32 to 462 grams/ton (g/t) beryllium (Be) and other metals.

Not just companies, even nations are joining the race to conquer lithium.

Chile, which is the world’s leading producer of lithium, accounting for more than 40 per cent of world supply, is now set to explore further for the rare metal.

State copper giant Codelco said it plans to carry out a study to see how much lithium lies on its properties, but said it was too early to say if it could eventually begin to produce the metal.

Chile’s giant fertilizer producer Soquimich (SQM.N) is the nation’s biggest lithium producer. As for SQM-N’s grip on lithium prices, the company has used its clout in the past to put the squeeze on the competition.

And that is where the bone of contention lies.

Lithium carries a great promise. It could help power the fuel efficient electric or petrol-electric hybrid vehicles of the future. But, as is the case with fossil fuels, it is a limited resource.

So, if you have lithium, you could soon be king and rule the world.