In a recent global consumer survey, global consumer segmentation for electric vehicles indicates “potential first mover” or “willing to consider” interest to be over 85 percent in the emergent markets of Brazil, India and China. 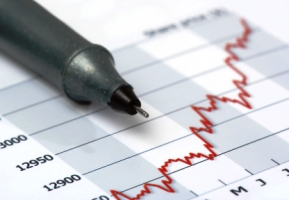 In a recent global consumer survey from Deloitte, global consumer segmentation for electric vehicles indicates “potential first mover” or “willing to consider” interest to be over 85 percent in the emergent markets of Brazil, India and China. A Global Manufacturing Industry group from within the consulting firm launched an extensive research study intended to measure consumer sentiment toward pure electric vehicles. The survey was conducted with data obtained from 13,000 individuals represented from 17 countries across the Americas, Asia and Europe. Although the report offered a bearish point of view for global consumer expectations not being met by current market offerings, some very interesting and even optimistic details might be of value.

Lithium battery manufacturers and investors will note that these survey results come with ambitious consumer expectations for the electric vehicles on a number of key criteria including price and range. Consumers in France and the United States appear most sensitive in considering range as a limiting factor, with only 67 percent and 63 percent satisfied with a range of below 480 kilometers. Brazil, India and Taiwan appear to have more practical expectations, with nearly 50 percent of these markets content with a range of up to 160 kilometers. In every nation represented in the study a majority of drivers expect electric vehicle ranges much longer than their ordinary weekday driving demands, which on a global average basis within the survey was typically less than 80 kilometers per day.

Price is a sticking point

Results of the survey indicate that in almost every jurisdiction the majority of survey respondents advised that they would not be willing to pay a premium for electric vehicles over similar internal combustion engines. The United Kingdom and Belgium consumers appear to demonstrate the most price sensitivity, both with 71 percent expecting to pay the same price or less for an electric vehicle. Countries including China, India, Japan, Korea, Germany, France, Spain, Italy, Argentina and Turkey all demonstrate considerable market segmentation in double-digit percentages, which would at least be willing to pay a modest $2,000 premium for an electric vehicle.

Price elasticity seemed to be of least importance with consumers from China, Korea, and India more amenable to potentially paying a price premium, as the majority of their respondents expected to pay some level of a premium. This is an important note as countries that have an industry or a stronger familiarity with the culture of electric vehicles and lithium battery technology appear to be less price sensitive.

Of significance to the lithium battery manufacturers and investors, report highlights “With the expected increase in the popularity of EVs, battery makers are expected to expand their production from a 2010 level of 172,400 units to an estimated 1.51 million units in 2015, almost nine times greater than current levels. As production ramps up, savings realized through economies of scale should help to reduce the cost of batteries. When combined with technological improvements and increased reuse of existing batteries, the price is expected to decline.”

With the current retail price for electric vehicles primarily due to the costs of the battery, Secretary Chu addressed the same challenge last month at a meeting of the APEC nations, “if the energy capacity of the [lithium] battery increases by a factor of three then you can go 300 miles on a single charge and in today’s electricity and gasoline prices in the United States at about one fifth the cost. If [the price] comes down by a factor of three then you can dispense with the internal combustion engine and you will have a twenty thousand dollar car with a competitive range but in operating expenses that are far less.”

The complexity of the difficulties for policymakers in attempting to reduce the consumption of oil in the context of widespread debt reduction efforts, coupled with demands for equitable policies and rising social costs is tremendous. Government energy policies that will impact the generation, regulation and distribution of electricity and infrastructure will play a key role in the adoption rate of electric vehicles. Incentives for the adoption of electric vehicles or potential penalties for the continued use of internal combustion engines could have a tremendous impact. Global science and technology incentives, research programs, and innovation developments should also have a demonstrative effect for lithium battery technology advances.

According to a recent release from Bloomberg New Energy Finance, Brazil’s government is reviewing a potential plan to terminate its existing IPI tax for electric and hybrid cars to promote the advancement of more environmentally friendly vehicles.  According to the report the current tax for these cars is approximately 25 percent.