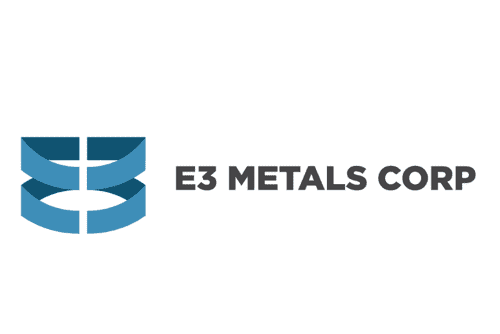 E3 METALS CORP. (TSXV: ETMC, FSE:OU7A,OTC:EEMMF) (the “Company” or “E3 Metals”) is pleased to announce the successful closing of its non-brokered private placement financing (the “Offering”) announced on March 26, 2019.

E3 METALS CORP. (TSXV:ETMC, FSE:OU7A, OTC:EEMMF) (the “Company” or “E3 Metals”) is pleased to announce the successful closing of its non-brokered private placement financing (the “Offering”) announced on March 26, 2019.  Under the Offering, the Company has issued 3,971,983 units of the Company (the “Units”) at a price of $0.35 per Unit for gross proceeds of $1,390,194.05.  Each Unit comprises one common share (a “Share”) and one-half of one common share purchase warrant (a “Warrant”).   Each Warrant entitles the holder to acquire one additional common share at an exercise price of $0.45 for a period of 24 months following the date of issuance.  Due to strong demand, the Company accepted oversubscriptions of approximately 32% or $445,000.00 more than the original $945,000.00 target.  On Closing of the Offering E3 Metals has 24,973,985 common shares issued and outstanding.

In accordance with applicable securities laws and the policies of the TSX Venture Exchange (“TSXV”), the Company paid an aggregate $43,541.69 in cash commission, and issued an aggregate 124,404 finders’ warrants (the “Finders’ Warrants”), each Finders’ Warrant entitling the holder to acquire one additional common share at an exercise price of $0.45 for a period of 24 months following the date of issuance.

All securities issued are subject to a hold period under applicable securities laws in Canada expiring on August 4, 2018.

Chris Doornbos, E3 Metals’ President and CEO stated: “We believe the overwhelming interest in this financing resulted from the progress we have made with our proprietary lithium extraction technology (see News Release March 4, 2019) and the general understanding that E3 Metals and other companies in the Direct Brine Lithium sector are getting closer to demonstrating the economic viability of producing lithium hydroxide or lithium carbonate from Petro-Lithium Brines.”

E3 Metals plans on deploying the raised capital towards the continued progression of its proprietary Ion Exchange Lithium Extraction Technology.  Optimizing the performance of our proprietary Ion Extraction Technology is a key part of E3 Metals’ larger development plan as outlined in the September 28, 2018 news release.  The ultimate goal is to maximize the performance of the sorbent and to demonstrate it on a commercial scale.  This is likely to have a significant impact on the efficiencies of the overall production flow sheet when E3’s Extraction Technology is combined with other available industry technology to produce lithium hydroxide.

Once the Extraction Technology is sufficiently optimized in a lab-based prototype, E3 will move towards the construction and deployment of a pilot plant in E3 Metals’ permit area.

To reach the target for battery grade lithium hydroxide (LiOH•H2O), lithium is refined, and impurities removed, to reach a 99.5% or greater purity of LiOH•H2O.  Removing impurities and concentrating the lithium in a single step is critical to the overall production flow sheet.  If these concentration levels can be consistently achieved under full cycle process flow conditions and in larger field-based pilot plant testing, the Company believes the most significant development hurdle will have been achieved.

E3 Metals is a Petro-Lithium company rapidly advancing the development of direct recovery lithium brine projects in Alberta.  E3 Metals holds lithium resources at 6.7 Mt LCE (inferred)1.  The focus of the Company on the continued develop of its proprietary extraction technology towards commercial readiness. The Company has a compelling competitive advantage by virtue of having access to extensive infrastructure built by the Oil and Gas industry in Alberta.  This has provided E3 Metals with extremely low finding costs, as the Company has been able to sample existing wells to define its resource.  This infrastructure may also provide wells and pipelines for a future lithium production operation, potentially reducing the future underlying capital requirements significantly.  The Company is committed to the development of the Alberta Lithium Project towards commercial production of lithium. More information about E3 Metals can be found on our website by visiting: www.e3metalscorp.com.