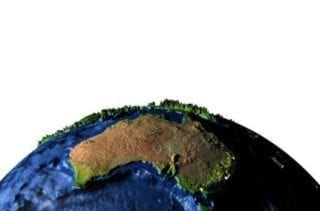 The company is looking to increase production at its Greenbushes spodumene mine.

Australia is already the leading producer of lithium, and it seems like Albemarle (NYSE:ALB), the world’s biggest lithium producer, wants to keep it that way.
The company recently announced that it’s looking to double lithium concentrate production at its Greenbushes facility. Talison Lithium, a joint venture between Albemarle and Tianqi Lithium, has approved the expansion.
According to The West Australian, the expansion will cost $320 million. Capacity will reach 1.34 million tonnes of lithium concentrate per year once a second production facility at Greenbushes is completed in 2019.
“The expansion ensures Talison is well positioned to provide its shareholders with security of supply so they can meet the expected future growth of the lithium market,” the news outlet quotes Talison as saying. “More than 90 per cent of the project spend will be local to Western Australia with a commitment to utilise as much local content as possible.”
Greenbushes is already the world’s biggest active lithium mine, and has the largest reserves of hard-rock lithium; it also has the highest concentration of available lithium oxide. Given those factors, a ramp up in production will no doubt be significant for the lithium sector.


Take Survey
In a press release, John Mitchell, Albemarle’s president, says that the increase in production at Greenbushes will be integral to the company’s expansion plans, and will help it “meet the growing needs of our customers.”
“The expansion of the mine and ore upgrading facilities is a key deliverable in our supply strategy to grow total combined lithium carbonate equivalent (LCE) production to approximately 165,000 MT/year early in the next decade,” he adds.
Worldwide lithium demand is on the rise, and is expected to grow to 410,055 MT per year by 2025.
Demand is being spurred largely by increased use of lithium-ion batteries — the Australian Financial Review notes that Albemarle anticipates that demand for these batteries will rise roughly 8 percent for the next five years. The publication also states, “demand for the soft, light metal that is sourced from hard rock spodumene in Australia and brine extractions in the Americas.”
Since the announcement, Albemarle’s share price has increased 2.04 percent to reach $105.15. Year-to-date its share price has risen 22.15 percent.
Don’t forget to follow us @INN_Resource for real-time news updates!
Securities Disclosure: I, Jocelyn Aspa, hold no direct investment interest in any company mentioned in this article.

2 responses to “Albemarle to Double Lithium Production in Australia”