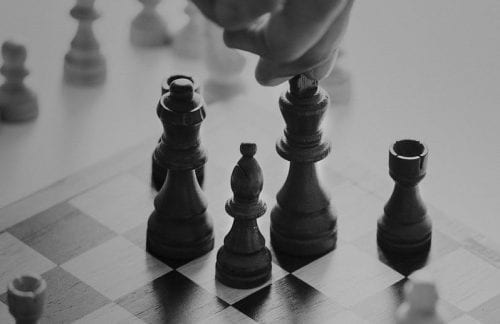 Walkabout said recent comments about the graphite market in China have led to significant speculation and general negative sentiment.

Graphite developer Walkabout Resources (ASX:WKT) has challenged bearish statements about the Chinese graphite space, saying a decline in prices in the Asian country has not materialized for all flake sizes.

Last week, graphite producer Syrah Resources (ASX:SYR,OTC Pink:SYAAF) cut production at its Balama project in Mozambique as a direct response to what it said was a sudden a material decrease in Chinese spot graphite prices.

According to Walkabout Resources, the comments from the state of the graphite market in China have led to significant speculation and general negative sentiment.

“The company has, through its offtake partners and marketing agents in China, followed up with its own enquiries about the general graphite market in China and has concluded that the ‘sudden and material decrease’ in spot prices for all flake sizes in China has not occurred as stated,” Walkabout Resources said in a statement.

The company said the domestic market in the Asian country remains sensitive to oversupply of finer products, which are the most commonly produced natural graphite flake sizes in China and are used in lithium-ion batteries.

Last week, Syrah Resources said the market had been impacted by a recent sharp depreciation of the Chinese yuan, additional production from Madagascar and China, cuts in Chinese electric vehicle subsidies and trade tensions.

Despite this, Perth-based Walkabout said the market for larger flake sizes remains robust.

“The large flake product of 80-mesh (895) has increased in price significantly despite the negative effects of the currency depreciation,” the company said.

According to an updated definitive feasibility study, Lindi is set to produce 40,000 tonnes of graphite concentrate per year over a mine life of 24 years. The project has a reserve grade of 17.9 percent total graphitic carbon (TGC), the highest in Africa, and has a capital cost of US$27.8 million.

Lindi also has a measured, indicated and inferred mineral resource set at 41.8 million tonnes at an estimated grade of 10.8 percent TGC. According to Walkabout, the project is shovel ready and capable of being in production in the first half of 2020.

Aside from the Lindi jumbo project, the company is exploring in southern Namibia at the Eureka lithium project. The company has also acquired an exploration portfolio for gold and base metals in Northern Ireland and Scotland.

On Tuesday (September 17), shares of Walkabout Resources were trading down 9.62 percent at AU$0.24.