Magnis Energy Technologies Ltd (“Magnis” or the “Company”) (ASX:MNS) is pleased to present its Quarterly Activities Report for the period ended 30 June 2019.

Magnis Energy Technologies Ltd (“Magnis” or the “Company”) (ASX:MNS) is pleased to present its Quarterly Activities Report for the period ended 30 June 2019.

The major activities announced during the past quarter are summarised in this report.

Imperium3 Townsville (“iM3TSV”) has made solid advances on the feasibility study it is undertaking for a lithium-ion cell manufacturing facility in Townsville, Queensland. Magnis has a one third ownership in iM3TSV.

Further to the announcement made on 11 April 2019 to the ASX, the feasibility study was initially focusing on a 15 GWh lithium-ion cell manufacturing facility. Subsequent design work resulted in a modular design that captured economies of scale whilst allowing the project to be staged. The study and relevant costings will now be centred on three 6 GWh modules, effectively making the facility a 18 GWh plant.

The study to date is confirming the suitability of Townsville in large-scale manufacturing because of:

Market proximity to rapidly growing Asian economies where electrification of transport and energy storage are emerging as disruptors in global markets; Page 2 of 7

• Logistics with easy access to Townsville Port and local availability of battery materials and precursors such as lithium and manganese;

• The right people to execute with a supportive government and project team with unrivalled expertise in lithium-ion battery (LIB) innovation, business development and project delivery;

• Townsville’s plans to be a leading city of the future with an ambition to become the centre of high technology manufacturing with an emphasis on sustainability. 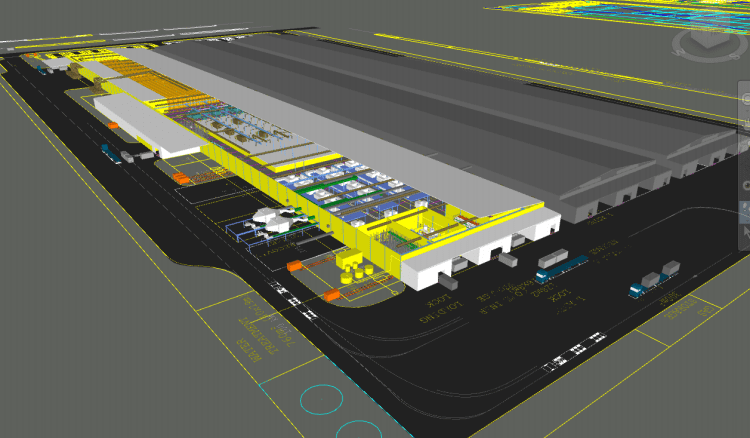 The business case for the facility at Townsville continues to positively evolve across the following key areas:

Strong Battery Market Fundamentals. Electrification of mobility and the transition to renewables continued unabated in 2018. Global growth in electric vehicle sales was over 50% above that for 2017 with 2019 forecast to deliver even greater growth as automotive manufacturers broaden their EV offering across their fleet;

• Growing Government Support. The average cost of energy generated by renewable solar and wind projects fell below the average cost of existing alternatives in 20181. This has encouraged public support for climate action in many jurisdictions around the world through lower power prices, new policies incentivising electromobility, renewables and LIB storage;

• Local Business Engagement. iM3TSV is also investigating and identifying future participation of local businesses in both the construction and operating phases of the project. iM3TSV’s scoping study established local content opportunities to be in the order of A$300 million across a range of items including labour, power, fuel, security and logistics;

• Downstream Co-Location Opportunities. Opportunities representing an additional potential economic gain to the local economy in the order of US$750M to US$1.5B annually; and

• Cost Competitiveness. iM3TSV is engaging with each level of government to seek to create supportive policy, targeted incentivisation and collaboration for future R&D initiatives.

The economic and strategic benefits of the project include

• Transitioning Australia to a lower carbon economy and associated industries. 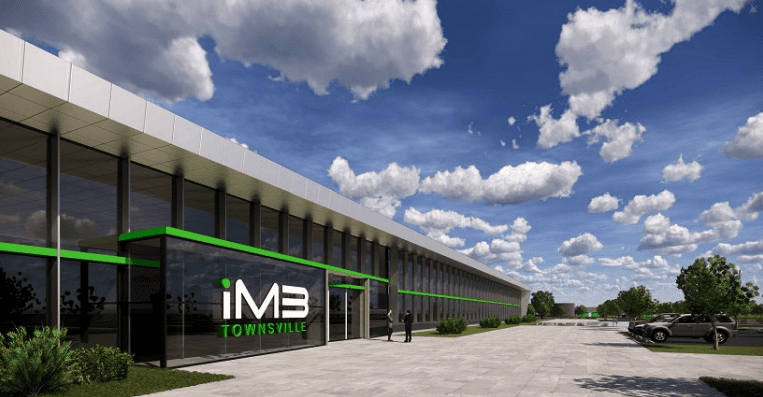 Creating Australia’s first Giga-scale LIB manufacturing facility has required bringing together the technical expertise of global equipment vendors with local engineering specialists. In particular, Ausenco, which is based in Brisbane is overseeing process development and the GHD office in Townsville is overseeing site development and building design.

To date iM3TSV is encouraged by the response it has received from the financial community and government groups regarding financial participation in the project. All groups are awaiting the feasibility study which will be a major catalyst prior to making a commitment.

The Nachu Graphite Project in Tanzania has included some recent improvements in graphite processing techniques as reported to the ASX on 26 June 2019.

Several continuous improvement programs have been undertaken in recent months with one significant result being the ability to process oxide material as mined (see below). These improvements in project fundamentals are supporting the capture of engineering cost efficiencies and the advancement of financing negotiations.

The Board and Management team are focused on achieving a suitable financing package in an appropriate format to develop the quality Nachu Graphite Project.

Continuous improvement programs within the product processing and beneficiation proprietary technology area for the Nachu Graphite Project are culminating in improved economics and process flow. These programs have been directed by Magnis CEO Dr Frank Houllis who has over 25 years of experience in process metallurgy. Frank has been instrumental in taking advantage of the excellent crystal structure of graphite in Nachu ore to produce >99% purity graphite products at the mine with only 4 stages of flotation when the industry standard is ~95% purity using significantly more stages of flotation.

Oxide material previously to be stockpiled for later batch processing at end of mine life, can now be processed as mined through one simplified action. This translates to approximately 10% reduction of the volume of oxide material entering the process stream. This enables the removal of the oxide stockpile and associated rehandling costs to realise improved upfront efficiency in the mining sequence. Mining schedules are now being re-examined with a view to sequencing the oxide material from 2m depth initially to reduce required capital for prestrip, which previously involved clearing to a depth of 14 metres. Through this work, the operating expenditure for the initial years of the project operation is being optimised as part of project funding programs underway.

The improved processing and mining fundamentals traverse into additional support of the full Nachu Graphite Project BFS2 outcomes. Magnis Managing Director Marc Vogts is now using his extensive project execution expertise to oversee these improvements are captured in the completion by third parties of full engineering and procurement contract work programs that are occurring in parallel with project financing efforts. With all compensation and licenses now in place, these preparation activities are now quickly being finalised along with a schedule towards Nachu being the next major African graphite project to commence construction. 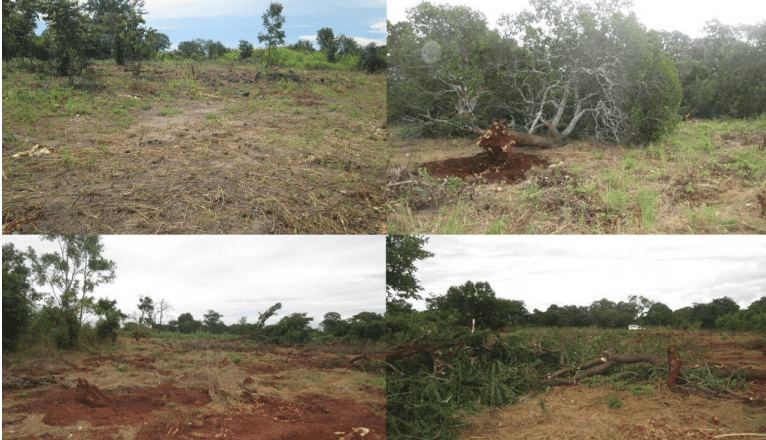 Magnis continues to have exceptional support from the local community and in turn actively supports the community. Recent support includes timber from clearing works being made available to communities that can be milled for lumber for projects or used as fuel for households.

With the assistance of Magnis subsidiary company, Uranex Tanzania Limited (UTZ), local village groups have formed small businesses producing aggregates which they can sell to local construction businesses within the District.

Following on from the successful program distributing approximately 3,000 story books and maps of Tanzania to Primary Schools, UTZ continues to support students and schools within the Ruangwa District with approximately 2,000 Secondary School books covering Chemistry, Biology and Physics being distributed to the 16 Secondary Schools in the District. UTZ has also provided assistance for specific school needs including assisting in student desk repairs and solar power initiatives.

Batteries supplied to US based Martac

As announced to the ASX on 15 May 2019, technology partner Charge CCCV (“C4V”) has supplied batteries to the US based Martac, using its proprietary BMLMP cathode technology for its unmanned water and surface vessels. Magnis currently holds a 10% ownership in C4V.

The batteries that have delivered to Martac are lithium-ion based with the BMLMP cathode composition. Each battery is 20KW in size and these will be used in commercial marine vessels for demonstration and testing purposes. The aim under the extreme condition testing program would be to make the BMLMP batteries compatible in many applications. The high power and energy density batteries do not have the ingredient of cobalt and focus on the use of higher voltage composite materials in combination with a higher energy anode, along with unique 3D electrode designs that reduce costs and have the benefit of relying on a less volatile supply chain of composition materials

The C4V Generation 1 battery cells were built in prismatic form factor with the BMLMP cathode and delivered to Martac as fully built battery packs for drop in replacement. The prismatic cells built are of the exact size that iM3NY are aiming to commercially produce from the New York Battery Plant. Magnis has a 47% ownership via its direct and indirect shareholding in the iM3NY company and NY battery plant project. Martac have already signed a commercial in confidence agreement with C4V and iM3NY on cost and supply terms of batteries to be used in maritime boats. It is anticipated Martac would need several hundred MWh of batteries over the next five years to satisfy the demand levels they currently have for their vessels.

Amended documents to the term sheet announced on 18 March 2019 were received after major delays to the time frame provided by the lender. The recent documents require further changes and clarification before any progression on the offer can be made.

During the quarter several groups including Tier-1 overseas investment banks have been conducting due diligence on project funding for New York. iM3NY believes a number of these groups are in the final stages of due diligence with the majority looking at a split of debt and equity into the project.

Over the last few years the Company and its partners have highlighted some future growth areas to produce lithium-ion batteries. Recent high-level government meetings in the sub-continent and Asia have yielded promising results with regard to establishing future lithiumion battery manufacturing plants with more details to be announced as they come to hand.

The Company notes the estimated cash outflows for the next quarter as per the released Appendix 5B report to the ASX today. The Magnis Board and Management team are currently in discussions regarding fund raising for the Company to further develop the suite of projects. Accordingly, the Company will update shareholders and the market when more information can be disclosed on execution of such transactions.

The Company has a 10% interest in battery technology group C4V and has provided a shortterm loan currently amounting to A$1.3M to C4V that is expected to be repaid over the next two quarters.

In addition to this, a re-imbursement of working capital contribution by Magnis to iM3TSV to the amount of $400,000 is expected by the end of the September quarter.

The following are the Mineral Tenements held by the Company:

Click here to connect with Magnis Energy Technologies (ASX:MNS) for an Investor Presentation.