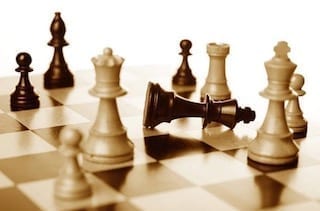 German carmaker Volkswagen’s (FWB:VOW) meetings to secure long-term supply from top cobalt producers have ended without success, Reuters reported on Monday (November 27).
Talks held last week at the company’s headquarters were aimed at thrashing out cobalt supply deals with major producers such as Glencore (LSE:GLEN), sources said. Last year, the Swiss commodities giant produced more than 28,000 tonnes of cobalt.
“They are looking for prices below the market, they have a lot to learn about cobalt,” one source told the news outlet. “We didn’t get into the details of how much tonnage they would need.”


Give me my free report!
As demand for electric cars increases, the need for cobalt, a key element in the lithium-ion batteries used to power them, is also expected to surge. According to Benchmark Mineral Intelligence, cobalt supply will need to reach 78,000 tonnes by 2021, up from just 48,000 tonnes last year.
For that reason, carmakers like Volkswagen are starting to look at options to secure cobalt and other crucial battery metals directly from upstream companies.
In September, industry sources told Reuters that Volkswagen was already asking producers to submit proposals for supplying cobalt for up to 10 years from 2019. The company has committed to sourcing $60 billion worth of electric car content, including batteries.
“We have requested different options for a hedge from the raw materials industry in the context of a tender … We have already had constructive talks with the well-known suppliers and will continue those (discussions),” a Volkswagen spokesperson said on Monday. “Besides supplies and costs, other topics in discussion include future capacity expansion, sustainability and transparency.”
According to Reuters’ sources, Glencore was not the only company involved in supply negotiations with Volkswagen. China’s Huayou Cobalt (SHA:603799), commodity trader Traxys, US miner Freeport-McMoran (NYSE:FCX) and Eurasian Resources Group are also said to have been involved. Eurasian is the only company that has confirmed its representatives attended the meeting.
“Other suppliers may be involved, but they weren’t there last week,” a source said to the news agency. “They want a fixed price, that’s not possible. They wanted to agree all supply deals by the end of the year, it’s not going to happen.”

That said, many analysts believe contracts between carmakers and upstream companies will become more common in the near future. For example, earlier this year, Pilbara Minerals (ASX:PLS) signed an offtake deal with Chinese automaker Great Wall Motors (HKEX:2333) for lithium.
Speaking specifically about lithium, expert Joe Lowry said that the problem is that car and battery companies want to negotiate from strength and “tend to be bullies when dealing with their suppliers.”
“They are trying to price shop in a seller’s market. It will take time for them to realize the reality of the lithium market — lithium suppliers are in the driver’s seat,” he added.
Benchmark Mineral Intelligence analyst Caspar Rawles commented earlier this year that this is also the case in the cobalt market. “I think the terms are going to be moving more favorably towards the producers rather than [car and battery companies],” he noted.
Don’t forget to follow us @INN_Resource for real-time news updates!
Securities Disclosure: I, Priscila Barrera, hold no direct investment interest in any company mentioned in this article.