Tanzanian exploration specialists are kicking off a nickel- and cobalt-focused spin off aimed at tapping China and India’s growing demand for resources in Eastern Africa. 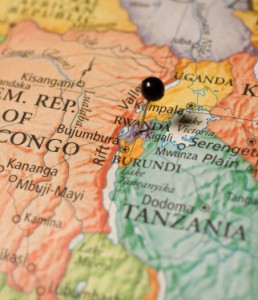 Tanzanian Royalty Exploration (TSX:TNX,AMEX:TRX), a long-time explorer of Tanzania, is betting that the country’s Kabanga belt, which is rich in nickel, cobalt and platinum group elements, could soon become a major supplier to metal-hungry Asian nations.

At the close of 2012, the historically gold-focused explorer announced plans to spin off Northwestern Basemetals Company to explore for nickel-related elements at Kabanga. Tanzanian Royalty already holds numerous mineral concessions in this part of the country.

Aside from the geological prospectivity of the area, a company press release cites the ease of shipping metal from Tanzania to Asian markets as one of its major reasons for the strategic move. As CEO Jim Sinclair stated, “Tanzania looks right across the Indian Ocean at the growing markets of India and China … If current trends continue, India and China will grow into membership of the three largest markets on the planet for these products.”

Northwestern Basemetals’ share roster seems to back up the assertion that Asia is interested in Tanzania. China’s Beijing Songshanheli Mining Investment will take a 10-percent stake in the new company, with Tanzania’s national mining company owning 15 percent and Tanzanian Royalty anchoring the remaining 75 percent.

Asia’s drive to acquire projects in the Indian Ocean sphere mirrors recent dynamics in the coal sector, which has seen projects in places like Mozambique and Madagascar bought out by Indian, Chinese and even Thai firms over the last few years.

The interest in Tanzanian base metals comes as Barrick Gold (TSX:ABX,NYSE:ABX) and Xstrata (LSE:XTA) prepare to boot up the country’s first major nickel mine at Kabanga.

The Kabanga project hosts 58 million metric tons (MT) of nickel resource at 2.6 percent nickel, according to Xstrata’s fact sheet for the project. The project is planned as an underground operation that will produce an initial 600,000 MT per year.

The mine hosts significant amounts of copper and cobalt, the latter having been reported in concentrations of 0.16 percent within the deposit, according to the US Geological Survey. The majors have previously quoted 2013 as the probable start up year for the mine, a Metal Bulletin article notes.

Barrick got into the project in 1999, when it purchased Canada-based Tanzanian explorer Sutton Resources.

While companies like Sutton were part of a wave of exploration in Tanzania during the 1990s — which yielded major projects like the Bulyanhulu gold mine — exploration since that time has been less steady. That’s especially true in the northwestern nickel-cobalt province where Tanzanian Royalty is focusing with its new venture.

The Tanzanian nickel belt was originally discovered in 1976 by United Nations (UN) geologists as part of an aid program. The UN had previously discovered nickel in neighboring Burundi and extrapolated the trend across the border into Tanzania.

Follow up in Tanzania yielded strong anomalies of nickel, cobalt, copper and chromium in soils, which led to the discovery of mineralized intrusive rocks. The UN team also recognized that intense weathering in this rapidly uplifting part of Africa had concentrated nickel in unusually thick layers of laterite. That’s part of the reason that Barrick’s Kabanga project can fly as an underground operation.

Intriguingly, the UN team speculated that a string of geophysical anomalies here might indicate a wide district of potentially mineralized bodies. Follow up work however, was spotty. BHP (ASX:BHP,NYSE:BHP,LSE:BLT) took a hard look at the belt in the 1990s, but then walked away.

A new wave of Tanzanian exploration

Today, with the exception of a few firms, exploration in the Tanzanian nickel belt remains muted. IMX Resources (ASX:IXR,TSX:IXR) has discovered nickel at the Mibango project, which lies about 340 kilometers southwest of the Kabanga project — a fact that appears to confirm the nickel province’s massive extent.

Tanzanian Royalty’s new joint venture with the Chinese — along with emerging Asian interest in East Africa — may signal the next phase for this rising nickel-cobalt province.

Renewed exploration here could be significant for the cobalt market — the UN team that did the original nickel exploration in Tanzania noted numerous soil anomalies of cobalt, some of which were not associated with nickel as at the Kabanga deposit. The geologists speculated that a previously unrecognized type of cobalt-rich mineralization might therefore be waiting to be discovered.