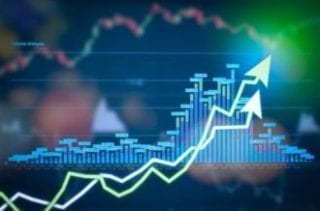 President Joseph Kabila signed a new mining code that could increase cobalt taxes and royalties in the DRC.

Cobalt touched its highest level in almost 10 years last week after Democratic Republic of Congo (DRC) President Joseph Kabila signed a new mining code that could increase taxes and royalties for the metal.

Cobalt, a key element in the lithium-ion batteries used to power electric cars, has been surging on the back of the electric vehicle revolution. Prices for the metal have more than quadrupled in the past two years, reaching $40 per pound last week, according to Metal Bulletin.

More than 50 percent of cobalt is mined in the DRC, where mining has often been linked to child labor and human rights abuses. However, many analysts believe cobalt mining in the country will continue to be essential for the market in the coming years.

Last Friday (March 9), cobalt prices received a boost after Kabila signed into law a new mining code that could potentially increase taxes and royalties for cobalt to 10 percent if the government designates the metal as a “strategic substance.” It will also hike taxes for base metals to 3.5 percent.

Top mining companies including Glencore (LSE:GLEN), which is expected to add 11,600 tonnes of cobalt this year from its Katanga mine, have fiercely opposed the new code. They argue that the legislation will deter future investment and violate current agreements.

The DRC, the world’s top cobalt producer, introduced the current mining law in 2002 in an effort to increase transparency for foreign companies. But despite a clause protecting miners for 10 years in the event of legislation changes, the revised law says the measures will be enacted immediately.

Executives from Glencore, Randgold (LSE:RRS), China Molybdenum (HKEX:3993) and Ivanhoe Mines (TSX:IVN) met with Kabila on Wednesday (March 7), but failed to convince him of any changes.

That said, negotiations will be open next week over measures to implement the code and the companies’ concerns will be considered on a case-by-case basis, Mines Minister Martin Kabwelulu said.

According to analysts, consumers could be the most impacted by the changes, as it is likely they could lead to higher costs for the battery metal. “Given the tight nature of the cobalt market at present, we would expect miners to attempt to pass through higher royalty costs to consumers,” Colin Hamilton, an analyst at BMO, told the Financial Times.

Cobalt prices could also receive another push, as the new code could impact cobalt production in the DRC, Numis analysts said.