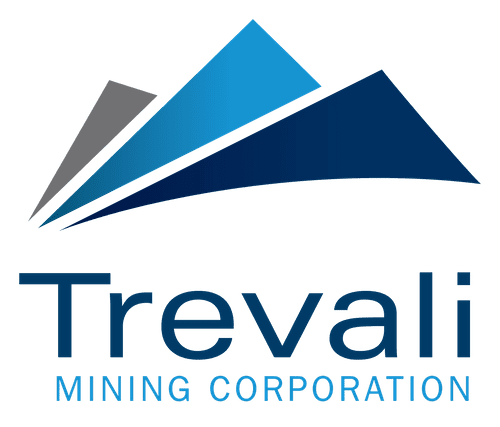 Trevali Mining Corporation (TSX:TV) announces that the Toronto Stock Exchange (“TSX”) has accepted its notice to implement a normal course issuer bid (“NCIB”) to purchase, for cancellation, up to 40,000,000 common shares representing approximately 6.5% of Trevali’s “public float” of common shares (calculated in accordance with the rules of the TSX), having a maximum aggregate purchase price of C$20 million, over a twelve month period commencing on November 19, 2018.

Trevali Mining Corporation (TSX:TV) announces that the Toronto Stock Exchange (“TSX”) has accepted its notice to implement a normal course issuer bid (“NCIB”) to purchase, for cancellation, up to 40,000,000 common shares representing approximately 6.5% of Trevali’s “public float” of common shares (calculated in accordance with the rules of the TSX), having a maximum aggregate purchase price of C$20 million, over a twelve month period commencing on November 19, 2018. The NCIB will expire no later than November 18, 2019.

In accordance with TSX rules, any daily purchases (other than pursuant to a block purchase exemption) on the TSX under the NCIB are limited to a maximum of 547,457 common shares, which represents 25% of the average daily trading volume on the TSX for the six months ended October 31, 2018. As of November 14, 2018, the Company has 831,196,085 common shares outstanding.

Trevali has appointed BMO Nesbitt Burns Inc. to conduct the NCIB on its behalf. Trevali may enter into an automatic purchase plan with its broker to allow for the repurchase of shares during internal trading blackout periods. Any such plan entered into with Trevali’s broker will be adopted in accordance with applicable Canadian securities laws and would be subject to prior approval of the TSX.

Trevali believes that initiating the NCIB at the current time represents an attractive use of cash, with now an opportune time to return cash to shareholders. The actual number of common shares that will be repurchased under the NCIB, and the timing of any such purchases, will be determined by Trevali based on market conditions, Trevali’s share price, alternative uses of cash and other factors. There cannot be any assurances as to how many common shares, if any, will ultimately be acquired by Trevali under the NCIB.

ABOUT TREVALI MINING CORPORATION
Trevali is a zinc-focused, base metals company with four mines: the 90% owned Perkoa mine in Burkina Faso, the 90% owned Rosh Pinah mine in Namibia, the wholly-owned Caribou mine in the Bathurst Mining Camp of northern New Brunswick in Canada, and the wholly-owned Santander mine in Peru.

On Behalf of the Board of Directors of
TREVALI MINING CORPORATION
“Mark D. Cruise” (signed)
Mark D. Cruise, President

Cautionary Note Regarding Forward-Looking Statements
This news release contains “forward-looking information” within the meaning of the Canadian securities legislation and “forward-looking statements” within the meaning of Section 27A of the United States Securities Act of 1933, as amended, Section 21E of the United States Exchange Act of 1934, as amended, the United States Private Securities Litigation Reform Act of 1995, or in releases made by the United States Securities and Exchange Commission, all as may be amended from time. Statements containing forward-looking information express, as at the date of this news release, the Company’s plans, estimates, forecasts, projections, expectations, or beliefs as to future events or results. Such forward-looking statements and information include, but are not limited to, statements as to the Company’s intentions regarding the normal course issuer bid, and the number of common shares that might be purchased by the Company under the normal course issuer bid and the terms and conditions of any such purchases.

These statements reflect the Company’s current views with respect to future events and are necessarily based upon a number of assumptions and estimates that, while considered reasonable by the Company, are inherently subject to significant business, economic, competitive, political and social uncertainties and contingencies. If any assumptions are untrue, it could cause actual results, performance or achievements to be materially different from future results, performance or achievements expressed or implied by such statements. Assumptions have been made regarding, among other things, present and future business strategies and the environment in which the Company will operate in the future, including commodity prices, anticipated costs and ability to achieve goals.

Forward-looking statements are subject to known and unknown risks, uncertainties and other important factors that may cause the Company’s actual results, level of activity, performance or achievements to be materially different from those expressed or implied by such forward-looking statements, including but not limited to: the ability to acquire common shares in the market through the normal course issuer bid and in compliance with regulatory requirements; share price volatility; availability of funds to purchase shares under the normal course issuer bid, as well as other risks as more fully described in the Company’s annual information form for the year ended December 31, 2017, which is available on the Company’s website (www.trevali.com) and filed under our profile on SEDAR (www.sedar.com). Investors are cautioned against attributing undue certainty or reliance on forward-looking statements. Although the Company has attempted to identify important factors that could cause actual results to differ materially, there may be other factors that cause results not to be as anticipated, estimated, described or intended. The Company does not intend, and does not assume any obligation, to update these forward-looking statements or information to reflect changes in assumptions or changes in circumstances or any other events affecting such statements or information, other than as required by applicable law.

Click here to connect with Trevali Mining Corporation (TSX:TV) for an Investor Presentation.