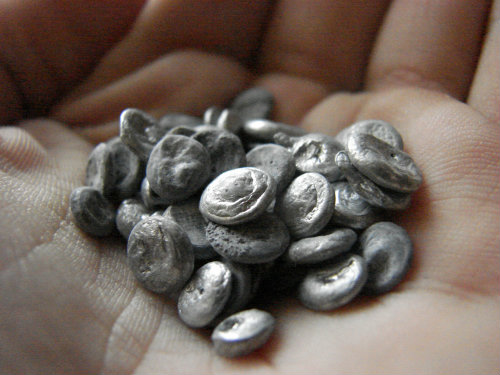 Wondering what the top zinc stocks are? Check out this list of three zinc companies that have seen share price increases so far in 2019.

Zinc prices have taken a hit these past few months, cooling from its hot summer, but some analysts are forecasting an increase in price in the coming months.

Due to an increase in concentrate without the capacities to process, the price of zinc has struggled these past few months. But analysts at FocusEconomics see the metal making some ground in the coming year when supply begins to dry up.

Here’s a look at three top gaining zinc stocks on the Toronto Stock Exchange (TSX). All data relating to stocks comes from TradingView’s stock screener and was retrieved on October 22. Only companies with a market capitalization greater than C$50 million prior to the week’s gains are included.

Ivanhoe Mines is a Canadian mining company with projects in Southern Africa. The company’s main zinc mine is the Kipushi zinc-copper-germanium-silver mine, which is located in the Democratic Republic of Congo. The company also owns the Kamoa copper and the Platreef platinum–palladium–gold–nickel-copper projects.

Ivanhoe Mines’ share price has done extremely well so far, following a spike in February from which its price has never come down: Since February 6, the price has never dipped below the C$3 mark. Earlier this month (October 8), Zijin Mining (OTC Pink:ZIJMF,HKEX:2899) announced its intention to increase its stake in Ivanhoe Mines for C$194 million.

Lundin Mining is a Toronto-based company with operations in the US, Sweden, Portugal, Brazil and Chile. The company focuses on producing copper, nickel and zinc. Its zinc operations include the Zinkgruvan mine in Sweden and the Neves-Corvo mine in Portugal.

Lundin Mining’s share price has waxed and waned over the past year, but overall the price has increased. Since January 24, the price has not dropped below C$5.50. Lundin Mining has had a fairly quiet year, but the company did acquire the Chapada copper mine in April. In September, the company reported its mineral resource and reserve estimates, which totaled 3,231 kilotonnes of zinc.

Trilogy Metals is an exploration company with projects in Northwest Alaska. The company focuses on its Ambler mining district deposits, which contain zinc, lead, gold, silver and cobalt.

Trilogy Metals had a hot summer, peaking on June 25 at C$4.07, and has since fallen significantly. The price has not recovered since that drop-off, which occurred in early July. The company did, however, announce positive results from its Bornite project in September.