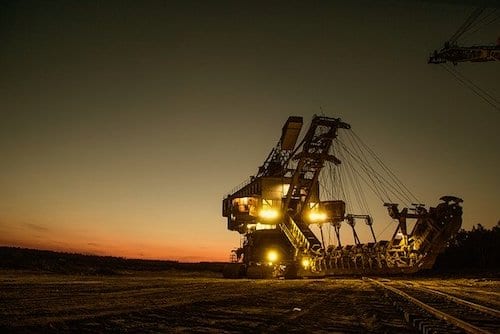 The Canadian mining company announced higher 2020 production guidance for copper and zinc, among other metals.

Lundin Mining (TSX:LUN,OTC Pink:LUNMF) provided its production guidance for 2020 to 2022, with the company expecting high production for some of its major commodities over the next few years.

Lundin expects copper production to increase dramatically in 2020 as the company reaps the benefits of the investment strategies it has taken over the last two years.

“Copper production is forecast to increase over 20 percent in 2020, compared to 2019, with full-year contributions from Chapada and higher grades at Candelaria,” reads a part of the report. “The three-year outlook has improved primarily on the inclusion of the Chapada copper-gold mine, as well as refinement of Candelaria’s production profile.”

Lundin purchased the Chapada copper mine earlier this year with hopes that the copper mine would boost the company’s copper production by 25 percent annually.

Similarly, zinc production is also expected to jump, with Lundin expecting it to increase by 15 percent in 2020.

“The Neves-Corvo Zinc expansion project (ZEP) continues to advance on schedule for phased ramp-up in 2020. Zinc production is forecast to increase a further 30 percent in 2021, over 2020, with a full-year contribution from the ZEP,” the statement reports regarding zinc production.

This news follows Lundin’s announcement that the Neves-Corvo ZEP would need additional cash and time, which the company reported in its Q2 2019 results in July.

The company also expects nickel to do well in the coming years, forecasting an increase of over 25 percent in 2020, which should stay consistent over the three year period.

Analysts at Raymond James were not taken by surprise regarding Lundin’s announcement, as the company’s projections were in line with analysts’ expectations. According to Raymond James’ assessment, Lundin’s target price should be around C$9.

Lundin’s share price has done well this year, increasing by 26.78 percent since 2019 began. The company’s share price has waxed and waned throughout the course of the year, but overall it has maintained most of the gains it made, and has not dipped below the C$5.50 mark since January 24.