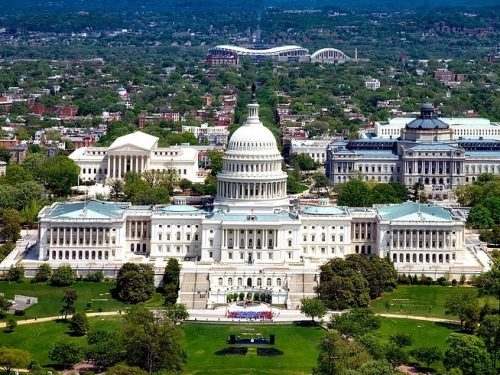 Base metals might have regained lost ground in the past few weeks, but analysts say the trade war looks likely to remain a drag on markets for the foreseeable future.

Nickel plumbed October lows on Thursday (October 18), falling to US$12,350 a tonne, representing a 2.3-percent decline since the start of the week.

For the whole month now, nickel has been bouncing back and forth between US$12,230 and US$12,760 per tonne — unable to reach any higher and seemingly refusing to go any lower.

It’s a similar story for zinc and copper, which have recovered from year-long lows in the past month, but have since entered into holding patterns. Prices have plateaued as analysts predict an extended lifespan for the trade war beyond the mid-term elections in the US to 2020 (and maybe even beyond).

In their Q4 commodities outlook, analysts at Scotiabank (like many analysts and indeed the whole world) point to US-China trade ructions as the culprit, but also suggest that we’re all in for the long haul.

“US-China trade concerns remain front-and-centre for commodity markets with no obvious end in sight; we now believe that the US-China trade dispute will remain a slow-burn drag on industrial commodity sentiment through to the 2020 US presidential election,” they said.

No prizes for guessing what they appear to be implying might resolve the trade war, though a change in control of Congress is not touted as very promising.

“Standing up to China on trade enjoys uncommon bipartisan support in Washington and even a decisive Democratic victory in Congressional mid-term elections is unlikely to materially change the current policy course,” the analysts state.

“However, we believe that the White House will ultimately decline to impose further so-called Phase III tariffs on the remaining US$267 billion in imports from China, primarily because this final list of goods is far more consumer-oriented (e.g. iPhones) and thus likely to prompt negative political sticker-shock.”

Base metals are very much stuck with the negatives of the trade war, says Scotiabank.

“The base metals complex has gotten caught up in the macro headwinds of the US-China trade dispute and most metals have temporarily ceased trading on commodity-specific fundamentals, with the LME index down 15 percent from where the complex stood before tariffs were announced in early-June.”

Scotiabank says prices are well down despite the well-documented fall in stockpiles across base metals, with nickel at five-year lows and copper down 50 percent over the last six months.

Analysts polled by FocusEconomics have said that while the trade war has cratered base metals prices across the board, demand does not appear to be wavering and inventories are falling (yet still “abundant”), so there is plenty of upward pressure on the markets.

They see nickel prices recovering in the months to come and remaining “broadly stable” into 2019.

“Prices should receive support from growing production of electric vehicles, although trade tensions and a sharper-than-expected landing in the Chinese economy could restrain gains.”

The specter of the Philippines’ Rodrigo Duterte was invoked as a reason for the price support.

“Recent data showing decreasing stocks of nickel at the London Metal Exchange supported prices, as did recent announcements by the Philippine government that it will impose additional limits on mining for environmental reasons.”