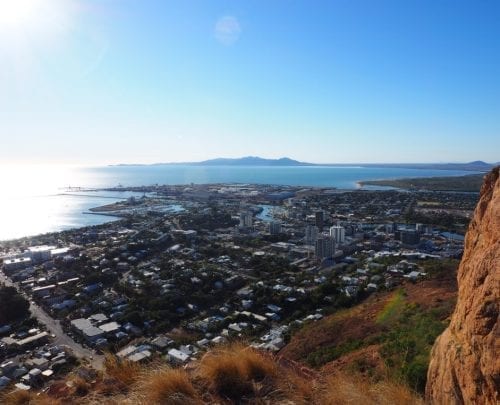 Clive Palmer, a self-proclaimed billionaire and former member of parliament, announced the Yabulu nickel refinery in North Queensland could soon be reopened.

The Yabulu nickel refinery in North Queensland could soon be reopened. The man who allegedly drained money from the struggling facility to fund a personal political party has announced plans to restart the mothballed operation more than two years after its closure.

Clive Palmer, chairman of Queensland Nickel and the owner of the refinery, announced earlier this week that the company’s board has approved the plan.

Palmer, a colorful self-proclaimed billionaire and former member of parliament in Australia from 2013 to 2016, announced the news on his Facebook page, saying that he has plenty of money to back the plan.

Palmer said his group of private companies has half a billion dollars in cash reserves in Queensland banks, “some of which could be deployed to reopen the refinery.”

How his company will go about reopening the facility is unclear, with a supreme court order freezing his assets last month as part of ongoing actions against Queensland Nickel and Palmer.

Palmer clearly expects help to reopen the facility, which was shut down in 2016, leading to the immediate loss of more than 800 jobs in a region already hard pressed for employment opportunities.

“It was time for all governments and the community to work together to assist the refinery in opening in the shortest possible time,’’ he said in the statement.

Palmer and Queensland Nickel are not seeking cash though — “what is needed is a positive approach from government to assist the refinery reopening in the shortest possible time,” he said.

As mentioned, the refinery was mothballed in 2016, with Palmer blaming low nickel prices and a cold shoulder from the state government on a loan.

Palmer was under immense pressure at the time to repay millions of dollars in donations made by Queensland Nickel — which he controlled — to the Palmer United political party, for which he was a representative in parliament in Canberra.

His self-named political party withstood a single cycle of the Australian electoral system, with Palmer himself elected to the lower house and three senators elected in 2013 — two of whom left the party to sit as independents during their terms. Palmer and the senators elected on his ticket were removed from office in 2016.

Palmer’s foray into politics could not have helped the plant — Queensland Nickel and the refinery entered into voluntary administration in 2016, with AU$300 million in debt, leaving a hole in the economy of the regional city of Townsville, which depended on its operations.

Palmer claims in the release on the potential restart that, while fully operational, the refinery employed 3,000 workers and was North Queensland’s largest employer.

Palmer remains embroiled in legal action over the closure of the refinery and the collapse of Queensland Nickel, but he appears to be on a media spree anyway after announcing a day later that tailings at various mines and facilities owned by his companies contain as much as AU$6 billion of cobalt.

He has been warned not to provide false hope to workers in the past, and politicians in Townsville have so far delivered pessimistic soundbites on believing it when they see it.

Palmer acquired the Yabulu nickel refinery from BHP (ASX:BHP,NYSE:BHP,LSE:BLT) in mid-2009 in a deal where both parties assured interested parties that there was enough capital and access to funds to ensure it could continue operating under Palmer’s ownership. The details were deemed “confidential” and not released.

The refinery had been operating for 40 years when it was shut down six and a half years later. Originally, the refinery had processed ore produced locally, but by the end of its life was importing ore from New Caledonia, the Philippines and Indonesia, as local operations wound down.

A privately held company, Queensland Nickel does not release updates on production, but claimed in 2013 that the refinery was achieving record production.

The nickel price has been moving upwards in 2018 after a shift in demand for the base metal, which is benefiting from the electric vehicle boom. The metal is a key component in batteries, and with demand finally outstripping supply for the first time in a decade this year, supplies are finally being drawn down.

2 responses to “He That Taketh Away, Giveth Back?”