By Leia Michele Toovey- Exclusive to Lead Investing News
Lead and zinc prices both started 2009 strongly, but as the year has progressed lead’s better near term fundamentals have led it to continue as the more robust of the two metals. Zinc stocks on the London Metal Exchange have consistently risen; through the month of January […] 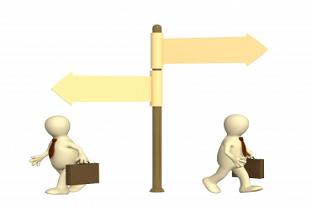 Lead and zinc prices both started 2009 strongly, but as the year has progressed lead’s better near term fundamentals have led it to continue as the more robust of the two metals. Zinc stocks on the London Metal Exchange have consistently risen; through the month of January alone stocks climbed nearly 35 per cent to end at 345,275 tonnes.  The world production of zinc was about 8.5 million tonnes in 2008. So far, production cuts have trimmed about 2.58 million tonnes; despite lower input costs about 25 per cent of zinc production is loss making.

Zinc’s future in the short term appears to be dim as the key end use markets, the construction and automobile sectors are still deteriorating. Global economic conditions suggest that there will be no near-term improvement to this situation.  Galvanized steel shipments from the US and Japan have dived since Q3 2008, with stainless steel output operating at an estimated 50 per cent of capacity.  The automobile sector is also witnessing record losses; GM just reported that in February auto sales plunged 53.1 per cent.

Lead, on the other hand, is being supported by the high seasonal demand for lead replacement batteries. North American replacement battery shipments rose strongly in December, to almost nine million units, and up slightly in 2008 year-on-year. Lead’s short-term prospects should see it remain relatively well supported in the current price. The replacement battery sector is seasonal and generally robust during the northern hemisphere winter, so we expect support throughout the first quarter.

India’s Hindustan Zinc Ltd., a unit of London-listed Vedanta Resources has raised its zinc price by INR 3,400 a metric tonne to INR 71,300 per tonne effective immediately, the company said Thursday. The company kept its lead price unchanged at INR 68,900 per tonne. It didn’t give any reason for the raising zinc prices.

South Africa’s JSE-listed Exxaro believes the zinc market will show signs of improvement towards the end of 2010 or early 2011, however, the company forecasts that the zinc business will be depressed for the greater part of 2009. Analysts and fund managers have outspokenly questioned the strategic fit of the zinc business within Exxaro. JP Morgan analyst Steve Shepherd describes Exxaro as a nascent coal powerhouse in which the hobbling zinc business, Exxaro, inherited from the old State-owned steelmaking enterprise, Iscor, seems misplaced. Nkosi, however, believes that when the zinc market turns around, Exxaro will reap the benefits of being South Africa’s only zinc refiner.

Vena Resources Inc. is pleased to announce that after an extensive 18 month effort the Government of Peru has approved an environmental impact assessment (EIA) for the Azulcocha polymetallic mine. Juan Vegarra, Chairman and CEO of Vena Resources commented: “This is a tremendously important milestone for the company. Vena has invested close to US$20 million in the development of the Azulcocha mine and has delineated a NI 43-101 compliant underground resource of close to 200 million pounds of Zinc thus far.”  A prefeasibility study was completed in June 2005 on the tailings with robust economics resulting in an NPV of US$37.2 million and an IRR of 157 per cent using US$0.50 per pound Zn and US$0.60 per pound Mn, without including possible gold credits With the approval of the EIA, Vena can now continue to explore from underground and surface locations for additional tonnage.

The Azulcocha deposit is not well defined yet, it is still open in multiple directions, for additional exploration to increase and define resources.   Azulcocha has historically been known as a zinc mine, however several drill holes discovered gold, lead and manganese zones. Vena plans to investigate these new targets as well as obtain final permits for full production at Azulcocha.

What Do Medical Device Companies Do?
Top Chromium-producing Countries
How to Invest in Coal
10 Top Countries for Rare Earth Metal Production