By Leia Michele Toovey- Exclusive to Lead Investing News
Chinese lead and zinc refineries are interested in integration and expansion, but not mergers or acquisitions.  The Chinese government showed its support by providing a plan to encourage the non-ferrous industries to restructure and integrate.  The government has also mentioned that it wants to support the industry’s […] 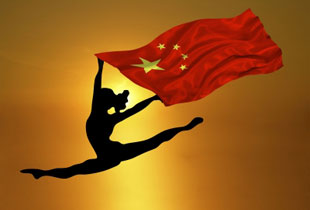 Chinese lead and zinc refineries are interested in integration and expansion, but not mergers or acquisitions.  The Chinese government showed its support by providing a plan to encourage the non-ferrous industries to restructure and integrate.  The government has also mentioned that it wants to support the industry’s larger companies, even if it is at the expense of smaller ones.  Steps are being taken to wash out lead and zinc enterprises with less than 400,000 tonnes of annual production.

The good news is that these small companies may not be forced into bankruptcy.  For them, being acquired by one of the main producers is likely. The fierce competition between large smelters is pushing rival enterprises to move ahead in planning to expand production; despite the market slow down.  Each of the big players wants to rise out of the economic crisis with their fair share of the pie.

The International Zinc Association executive director Stephen Wilkinson is confident in the zinc market’s potential.  Mr. Wilkinson believes that emerging markets will experience a great deal of growth in the future; skyrocketing demand for the metal.  Asian markets are key;  zinc consumption by China has  increased to 30 per cent of global supply, while other Asian countries consumed about 19 per cent of the world’s zinc .In total, emerging markets now consume about 44 per cent of the 11-million tonnes a year global supply, said Wilkinson. He added that about 50 per cent of zinc was now being used to protect steel from rust and corrosion, leading to higher growth in the galvanizing industry.

Growth in the galvanizing industry alone has the potential for China to consume an additional 300 000-tonnes per year of zinc, said Wilkinson, adding that the International Zinc Association’s goal was to ensure that the country increased its domestic consumption. The Chinese stimulus plan has the potential to increase the demand for galvanized steel, as galvanized steel is a key component of infrastructure.  Other key areas where Mr. Wilkinson sees  great potential include the Middle East, where corrosion is an issue; in Russia and Brazil where sporting venue construction and upgrades for FIFA world cup and the 2014 Olympics may use galvanized steel.  Furthermore, there is an opportunity to used galvanized steel in housing projects in earthquake prone areas.

In December, offshore sales of zinc scrap rebounded from a five year low. An increase in Chinese buying caused exports of the galvanizing scrap metal to climb 45.8 per cent to 2,610 short tonnes from a five-year low of 1,790 tonnes the previous month.  The Chinese returned in December, but were still buying at greatly reduced levels. Purchases totaled 2,104 tonnes, more than double the 873 tonnes imported in November, but well below the monthly average of 7,630 tonnes in 2007 and 8,780 tonens in the first 10 months of last year.