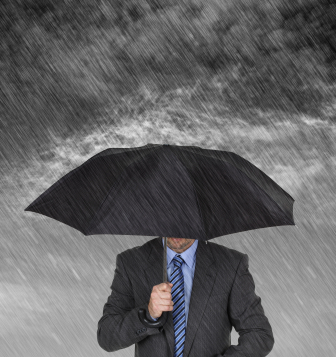 Australian Iron Ore hopeful, Western Desert Resources (ASX:WDR) collapsed on September 5, as administrators were called in by its major creditor Macquarie Bank. At the time of the decision, the market capitalization of the company was close to A$90m, roughly similar to the debt owed to Macquarie, however its cash position was reported to be almost negligible with significant other operating debts.

The company had been in negotiation for some time with its creditors, however it was reported that Macquarie had withdrawn its support on September 2, forcing the company into a trading halt in advance of the administration announcement on Friday.

Western Desert had been well advanced in the ramp up of its Roper Bar iron ore mine in the Northern Territory of Australia. First ore had been barged to ships back in December 2013, but ever since, the company had experienced transport issues that had negatively impacted ramp up to its nameplate 3 million tonne per annum capacity. The project utilized a dedicated 165km haul road to the existing Bing Bong loading facility on the Gulf of Carpentaria, for barging out to Panamax ships moored in deeper water. Unfortunately both components of the infrastructure network experienced problems. Firstly, the haul road proved inadequate for the weights and tonnages of trucks during the northern wet season early in the year, and second, the chosen barging contractor was unable to meet tonnage targets. The predictable result was lower production and higher costs – as the company was mining ore that it could not transport or sell – at precisely the wrong time.

Clearly the soft iron ore price has not helped, however it is perhaps premature to suggest that as the only issue. Working capital, or lack of it, seems key, stemming from several sources.

As reported in its June quarterly report, the company completed a well-supported A$57m rights issue to provide itself with additional working capital. However this injection was used almost immediately to extinguish short term bridging finance, pay down hedging liabilities, settle trade creditors and pre pay port access. Despite this large cash inflow in the month of June, the company reported a cash balance at the end of June of only A$3.08m.

On paper, as the Roper Bar project was being developed and financed in 2013, it seemed to be reasonably low risk. Because of the limited amount of infrastructure to be built, capital intensity was forecast to be a very low A$60 per tonne, well below the industry average at the time of closer to A$200 per tonne. Operating costs were forecast to be around A$60 per tonne, suggesting a reasonable margin. The offtake had been sold in advance to trading house Noble Group. A major resource bank had agreed to solely fund much of the development and a prudent short term price hedging position was taken out to provide some buffer during the ramp up phase.

The project however was highly leveraged with debt, with Macquarie’s full A$80m facility being drawn down, plus an additional short term bridging loan of A$12m, and an as yet undisclosed level of trade creditors. Production levels began to improve in the June quarter as the wet season abated and the shipping contractor was changed, however it’s A$39.3m in sales was offset by A$62m in production costs, pushing the company into a A$34m cash deficit for the quarter – money it simply did not have. With only A$3m in cash reserves at the end of June, a forecast Sept quarter cash outflow of A$60m and uncertain revenues from a slumping iron ore price, alarm bells began to ring. With little access to additional equity funding in  a soft market, and little chance of any other debt provider stepping up, presumably Macquarie Bank saw itself as the only possible source of funds, but has instead chosen to place the company into administration.

The actions of Macquarie Bank, however, do throw up some questions. Earlier in the year, Macquarie had provided support to WDR in the equity markets with bullish research reports suggesting a target price over $1 per share, well above the A$0.145 per share the stock last traded at before being suspended last week. Given such public enthusiasm for the stock only months before, this action might suggest that there is more the story than simply a soft iron ore market.

The ramp up of any new mining operation is an uncertain and expensive process as inevitable teething problems are ironed out.  However neither a haul road nor a transhipping operation are especially complex and for these reasonably run of the mill components to be the source of the problem might suggest some level of negligence during the feasibility, construction and commissioning phases that has ultimately exhausted the bank’s patience.

In addition, as the only secured creditor, the bank will quite possibly end up owning the entire project at a fraction of its replacement cost, and so perhaps it sees an opportunity for a profit to be made via a quick resale if and when markets settle, that is a far more attractive option than simply collecting interest payments.

Beyond that however, timing is the key. Western Desert is not the first mining company to fail because it entered the ramp up stage during a perfect storm – high outgoings, low metal prices, too much debt, operational underperformance, insufficient cash buffers, and limited access to additional funds – and it probably won’t be the last.

Securities Disclosure: Brad George holds no investment interest in any of the companies mentioned.