Today, VVC Exploration Corporation (“VVC” or the “Company“) (TSXV:VVC) announces that it has received an Environmental Permit and a Land Use Change Permit.  The Company also announces that it had commenced metallurgical testing as a part of the Pilot Mine planning process.

Permits:
VVC has received both Environmental and Land Use Change Permits from the Mexican Government for its Northern Mexico Copper project on the Company’s Kaity Claim.  With the permits in hand, the Company is allowed to initiate mining operations in the Gloria Zones of the Kaity Claim (Gloria, Gloria Extension, Gloria East and Gloria NW) – see News Release of March 21, 2019.

“The receipt of the Environmental and Change of Land Use permits together mark a significant milestone for VVC,” remarked Jim Culver, President. “VVC’s vision has long been to commence operations in the Gloria zones with a copper Pilot Mine, in an environmentally and socially responsible manner, while generating positive economic and community impacts”.

The Company is currently evaluating all aspects of the proposed Gloria Copper Pilot Mine and expects to have all necessary information to make a decision about the project in the near future.

Metallurgical Testing:
In June, the Company began metallurgical bench testing of copper mineralized samples from the Gloria Zones under consideration for a pilot mine, to evaluate the impact of crushing (ore size), acid flow rates and other leach related parameters, to determine the optimum requirements for the recovery of copper.  The leach columns are 6 meters in height, matching the proposed thickness of the heap leach ore pads, to determine the optimum conditions for the Gloria Project.  After the ore is leached, copper recovery using electrowinning technology will be tested and considered for the Gloria Pilot Mining Project.  First results of these tests are expected in August, 2019. 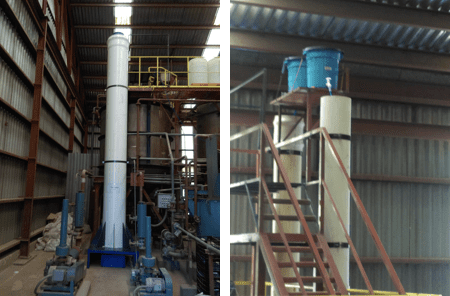 About VVC Exploration Corporation
VVC is a Canadian exploration and mining company focused on the exploration and development of copper and gold deposits in Northern Mexico, specifically the Kaity Copper Project located in in Chihuahua State.  VVC has other projects in Mexico and Canada, including gold and silver prospects, Cumeral and La Tuna, in Sonora and Sinaloa States, Mexico and a grassroots gold/VMS prospect in the Timmins area of Northern Ontario.